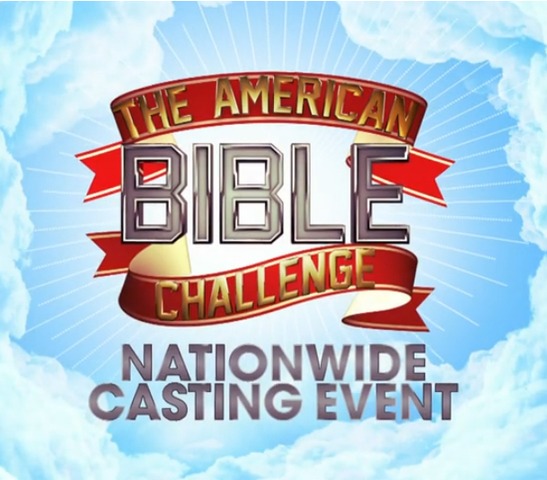 The American Bible Challenge is a rare show among today’s television content, its purpose being to quiz contestants on Bible knowledge and donate the winning team’s earnings to their favorite charity. Yet the program gave the Game Show Network its highest delivery ever, with 1.7 million viewers on its premiere.

And now the show is seeking LDS contestants.

Casting director Ashton Ramsey pointed out that with the LDS Church brought into mainstream conversation with the presidential election and other events, it is timely to include some LDS contestants on the show along with those of other faiths.

Interested contestants should form a team of three and choose a charity to represent. They should be knowledgeable about the Bible. They should have engaging personal stories and connections to their charity. And most of all, they should have lots of energy.

“We really want to keep this as simple as, if you know your Bible, you can play,” says Ramsey. “And if you have a great charity that you’re playing for . . . or a great personality, we’d love to have you on.”

It’s especially important that all three team members come from a similar background or have a unifying connection to the charity they represent. Matching clothing can also give auditioning teams an edge.

Teams selected to compete will attend the filming in January in Los Angeles. Airfare and hotel is paid for.

Though contestants will come from many backgrounds and religions, one thing binds them together: they all want to win! The show is a Bible trivia tournament, with the winning team from each of the first episodes moving on to the semi-final games, and then one team crowned champion in the final round. The prize winnings go to the team’s selected charity. Last season’s winning team won $140,000 for Hunter’s Hope.

“We really want this to relate to a broad audience that is interested in the topic . . .”says Ramsey. “This is not an old school Bible trivia show, but something really fun and new.”

And Latter-day Saints may very well be successful on the show. A 2010 Pew survey found that Mormons showed the highest level of Bible knowledge of all religious groups surveyed.

“If we have a Mormon team on the show . . . we want it to be a very positive experience,” says Ramsey.

Interested teams should come to a casting session, where they will take a test on Bible trivia, and then have an interview with game show staff. There are two casting sessions this Saturday, December 1: in Atlanta, Georgia and Dallas, Texas (click here for more information). There is also casting by appointment in Los Angeles (email americanbiblechallenge@gmail.com to make an appointment).