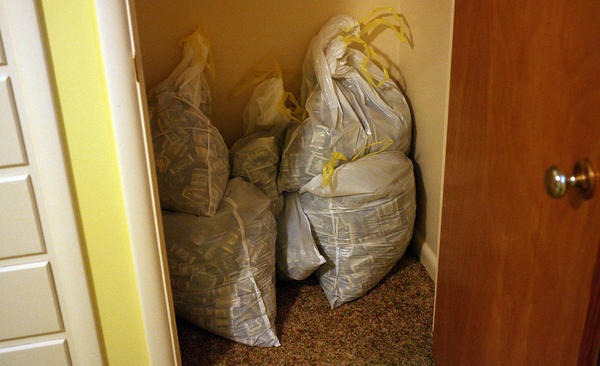 He hit the mother lode, but not once did Josh Ferrin even think of laying claim on the more than $45,000 cash that he found in his garage.

In fact, he gave it all back.

"You can't make plans for money like this that's found in a situation like this," Ferrin said. "It just doesn't feel right to do anything but give it back."

Within an hour of closing on his first home, Josh Ferrin, an artist for the Deseret News, used the keys to take his first official look inside.
Read the rest of this story at deseret.com