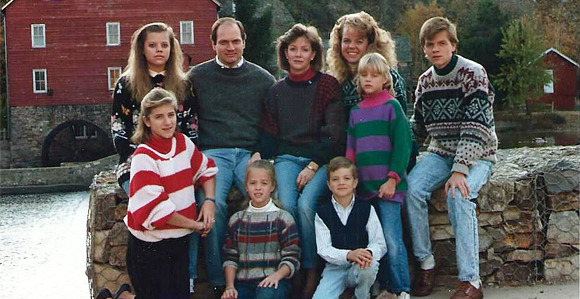 The year 1988 had been a hard one for our family. We had made a very difficult move from our longtime home in St. Louis, Missouri, to New Jersey.

The move involved my husband, Paul, being in New Jersey for four long months alone before the family could join him. When the rest of us finally got there so our seven children could begin school, we found that the home we were going to move into was not quite ready and we ended up spending the first four weeks living in a Holiday Inn.

The nine of us were eating meals out of a cooler, were spread out over three separate rooms, and this was all in the midst of the children adjusting to new schools, new friends, and a new Church situation. Moving a family of children can be a stressful challenge under the best of circumstances, but this move had been especially emotionally trying.