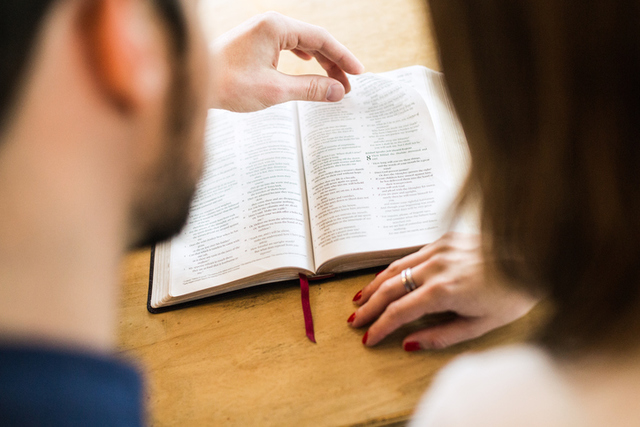 Book of Mormon Lesson 44: "I Speak Unto You as if You Were Present"

QUOTE OF THE WEEK:

Nephi said: "The Lord God promised unto me that these things which I write shall be kept and preserved, and handed down unto my seed, from generation to generation" (2 Nephi 25:21). His brother Jacob, who succeeded him, wrote similar words: "For [Nephi] said that the history of his people should be engraven upon his other plates, and that I should preserve these plates and hand them down unto my seed, from generation to generation" (Jacob 1:3). Enos and Jarom both indicated that they too were writing not for their own peoples but for future generations (see Enos 1:15 16; Jarom 1:2).

Mormon himself said, "Yea, I speak unto you, ye remnant of the house of Israel" (Mormon 7:1).

And Moroni, the last of the inspired writers, actually saw our day and time. "Behold," he said, "the Lord hath shown unto me great and marvelous things concerning that which must shortly come, at that day when these things shall come forth among you.

"Behold, I speak unto you as if ye were present, and yet ye are not. But behold, Jesus Christ hath shown you unto me, and I know your doing" (Mormon 8:34 35).

If they saw our day, and chose those things which would be of greatest worth to us, is not that how we should study the Book of Mormon? We should constantly ask ourselves, "Why did the Lord inspire Mormon (or Moroni or Alma) to include that in his record? What lesson can I learn from that to help me live in this day and age?" ("The Book of Mormon—Keystone of Our Religion: President Ezra Taft Benson": C.R., October, 1986 ).

INTRODUCTION: With the destruction of the Nephite nation, the ultimate purposes of the Book of Mormon become clear. The book was written for us. Clearly its teachings had a salutary effect on the Nephite & Lamanite nations of ancient America. The later prophets often quote from the earlier ones. But the fact of its preservation through the destructions and the significant additions by Moroni after the final destruction, clarify the mission of this divine message. The Book of Mormon is a love letter from a Father to his wayward children in the last days.

1. MORMON EXHORTS THE LATTER-DAY DESCENDANTS OF LEHI TO REPENT, BELIEVE IN CHRIST, AND BE BAPTIZED

1.“Know that ye are of the house of Israel” (Mormon 7:1-2, 10). Someone needed to tell the American Lamanites of their heritage. Mormon, along with several other Book of Mormon writers accepted that duty. All the promises made to the great patriarchs of old are promises that flow to their offspring, including the Lamanites.

3.“This [the Book of Mormon] is written for the intent that ye may believe [the Bible]. . .” You must believe both books. They will teach you of the marvelous works that were done by the power of God among your fathers, works that he will also do among you if you are worthy (Mormon 7:9).

2. MORONI PROPHESIES THAT THE BOOK OF MORMON WILL COME FORTH IN A DAY OF GREAT WICKEDNESS

The Lamanites killed Mormon and all of Moroni’s relatives (Mormon 8:3, 5). Moroni remained alive for just one reason—to “finish the record of [his] father” (Mormon 8:1). It seems possible that the great military leader Mormon might have instructed his son to avoid the final battle so that he could be preserved to complete the testimony of the Book of Mormon.

His original intent was to write a few things (see Mormon 8:1). He was restricted from writing more by two realities: There was no room on the plates, and Moroni had no ore to make more (Mormon 8:5). Of course, he found ore and made more plates. The books of Ether and Moroni make that clear. But as he began the final chapters of his father’s record, he simply added to his father’s book. He did not expect to write enough to make a book of his own, let alone two of them. Read Mormon 9:37 and you will understand that Moroni is saying “Goodbye.” The sense of that final verse is that he is done. This same feeling comes at the end of Ether (see Ether 15:34 and Moroni 1:1). In fact, Moroni lamented that he did not even have room to write the intent of the book.

Behold, my father hath made this record, and he hath written the intent thereof. And behold, I would write it also if I had room upon the plates, but I have not; and ore I have none, for I am alone (Mormon 8:5).

But he seems to have found room for that as well. The intent is clearly given on the title page, all (or part) of which was written by Moroni.

After a brief description of the circumstances in which he was writing (Mormon 8:6-11), Moroni wrote to us. His first act seemed to be to describe the manner in which the book would come forth. This he did in Mormon 8:12-25. Then, beginning in Mormon 8:26, he described the day in which the book would come forth. This description continues through Mormon 8:41. Since he is writing about our day—our time—these verses are worth a careful look. Notice in verses 26 to 32 how many times Moroni said, “It shall come in a day when . . .”

We are told that the when the Book of Mormon comes forth,

(1) People will say there are no miracles.

(2) The blood of the saints shall cry from the ground, for example, from the well at Haun’s Mill.

(4) Churches shall become defiled and lifted up in pride.

(6) People will hear of fires and tempests and vapors of smoke in foreign lands.

(7) There will be great pollution on the face of the earth.

(8) There will be all manner of abominations.

(9) Churches will forgive sins for money.

With time and space, each of these could be illustrated with accounts from the time of the restoration to the present.

As we compare ourselves to previous ages, we have an inclination to congratulate ourselves on how far we have come from those dark days. Caesar took a horse-drawn carriage to his coronation. So did George Washington to his inauguration. But in the years since then, technology has revolutionized the way we live. The richest men of ages past had nothing to compare to the things we accept without a blink. Cars and planes and computers and rockets and movies and television and medical marvels—the list seems interminable.

But the Book of Mormon prophets who saw our day mentions none of these things. Some Old Testament prophets seem to speak of our technology, but it does not happen in the Book of Mormon. Look at the list above prepared by Moroni to describe the conditions of our day. Like Nephi and Alma and the Savior, his entire focus seems to be on those things that will prevent us from getting back to the presence of the Father.

Behold, the Lord hath shown unto me great and marvelous things concerning that which must shortly come, at that day when these things shall come forth among you. Behold, I speak unto you as if ye were present, and yet ye are not. But behold, Jesus Christ hath shown you unto me, and I know your doing. And I know that ye do walk in the pride of your hearts; and there are none save a few only who do not lift themselves up in the pride of their hearts, unto the wearing of very fine apparel, unto envying, and strifes, and malice, and persecutions, and all manner of iniquities; and your churches, yea, even every one, have become polluted because of the pride of your hearts (Mormon 8:34-36).

3. MORONI EXHORTS PEOPLE IN THE LAST DAYS TO BELIEVE IN CHRIST

Moroni writes to those who do not believe in Christ in chapter 9 and he asks them a question:

Behold, will ye believe in the day of your visitation—behold, when the Lord shall come, yea, even that great day when the earth shall be rolled together as a scroll, and the elements shall melt with fervent heat, yea, in that great day when ye shall be brought to stand before the Lamb of God—then will ye say that there is no God? (Mormon 9:2).

Someday, every knee will bow and every tongue confess that Jesus is the Christ:

Yea, every knee shall bow, and every tongue confess before him. Yea, even at the last day, when all men shall stand to be judged of him, then shall they confess that he is God; then shall they confess, who live without God in the world, that the judgment of an everlasting punishment is just upon them; and they shall quake, and tremble, and shrink beneath the glance of his all searching eye (Mosiah 27:31).

The verse above suggests that all will know, but knowing will not save them. What will be the benefit of kneeling when it is no longer possible to stand? In fact, people forced to kneel by the revelation of the power of God might not want to be saved. They will deny no more, of course, but they will not necessarily change their lives.

This stern warning is a preamble to Moroni’s appeal to such people to repent.

O then ye unbelieving, turn ye unto the Lord; cry mightily unto the Father in the name of Jesus, that perhaps ye may be found spotless, pure, fair, and white, having been cleansed by the blood of the Lamb, at that great and last day (Mormon 9:6).

I have wondered at Moroni’s concern with miracles. What was it that he saw among us that caused him to speak so boldly and clearly to unbelievers about miracles? His discourse on this subject occupies most of Mormon 9 (See verses 7-24). And even though Moroni is speaking to people who do not believe in miracles, some of his messages have great meaning for us, for there are those among us who live in families without miracles. We believe that God is a God of miracles, but we do not seem to believe that they are meant for us. Why not? If what Moroni said is true, if God is, “a God of miracles” (9:11), if “God has not ceased to be a God of miracles” (9:15), and if he is, in fact, unchangeable (9:10), then miracles ought to abound among the believers. They ought to follow us everywhere (see 9:23.24).

CONCLUSION: Mosiah 25:10 speaks of the “immediate goodness of God.” Among other things, this phrase suggests that God will bless us instantly if he is certain that by so doing he can help us. I think he must love to find the kind of faith among us that permits him to display his power in our behalf.

For thus saith the Lord—I, the Lord, am merciful and gracious unto those who fear me, and delight to honor those who serve me in righteousness and in truth unto the end (D&C 76:5).