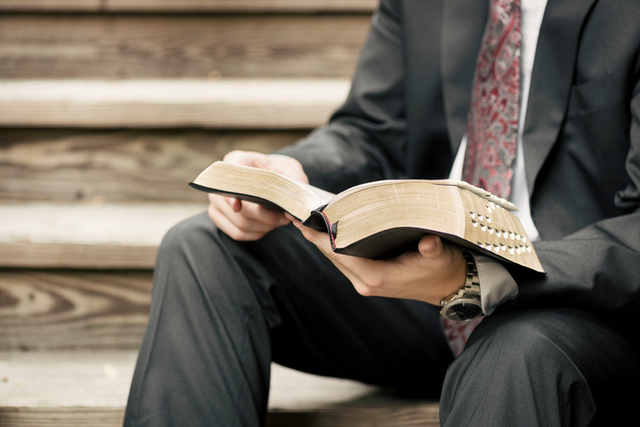 Book of Mormon Lesson 46: "And There Came Many Prophets"

Author’s Note: As has happened occasionally in the past, the focus of this lesson does not exactly correspond with the lesson manual provided by the Church. There is a message in the final chapters of the book of Ether that I have often missed in my reading. But it is a message worth noticing and contemplating—a message about what happens when people consistently refuse to follow the prophets. If you are teaching, the lesson manual must be your first choice. The considerations that follow should only be used for additional insight and personal enrichment. They are not designed to take the place of correlated materials.

QUOTE OF THE WEEK:

When you read the Book of Mormon, concentrate on the principal figure in the book—from its first chapter to the last—the Lord Jesus Christ, Son of the Living God. And look for a second undergirding theme: God will keep His covenants with the remnants of the house of Israel (“A Testimony of the Book of Mormon:” Elder Russell M. Nelson C.R., October 1999).

INTRODUCTION: Consider this question: “If you were allowed to make one final request of your parents before they died, what request would you make?” After the Jaredites had crossed the sea and arrived in the promised land, and after they had established themselves in that land, Jared and his brother, Mahonri Moriancumer “began to be old.” Before they died, they gathered their people together and asked them, “what they would that they should do before they went down to their graves” (Ether 6:19-21).

What answer did the Jaredites give, and what was the response of the brothers? (Ether 6:22-24).

Although the request for a king was “grievous” to both brothers, how did their responses to the request differ? (Ether 6:23, 24). What are the responsibilities of leaders and parents when children and followers request or insist on things that are not good? The following quote from Joseph F. Smith may be useful in this discussion:

“God forbid that there should be any of us so unwisely indulgent, so thoughtless and so shallow in our affection for our children that we dare not check them in a wayward course, in wrong-doing and in their foolish love for the things of the world more than for the things of righteousness, for fear of offending them” (Joseph F. Smith, Gospel Doctrine, p. 286).

What quality must we possess in order to follow counsel when the results of following that counsel are not immediately apparent? (Ether 12:5, 6). Moroni devotes nearly all of chapter 12 in the book of Ether to the discussion of this quality of faith.

According to Ether 12:5, 6, when does the witness come that we have acted correctly in following counsel?

Look again at Ether 6. How many generations passed away before the Jaredites saw the fulfillment of the brother of Jared’s prophecy about captivity? (Ether 6:25-30; 7:1-5).

Can you think of modern examples of prophetic counsel that might require patience and faith because the results of obedience are not immediately apparent? Consider, for example, family home evening, food storage, family scripture study, mothers remaining in the home, counsel from the pamphlet “For the Strength of Youth” etc.

2. JAREDITES ACCEPT AND REJECT THE PROPHETS THROUGH MANY GENERATIONS

Take a moment to review the counsel of the prophets to the Jaredites as they prepare to go to the land of promise (Ether 2:7-12. See also 2 Nephi 1:5-12; Alma 45:16; Ether 13:2). The following phrase summarizes the message of these verses:

“SERVE GOD OR BE SWEPT OFF”

The history of the Jaredites (the book of Ether) gives many illustrations of the following pattern.

3. The people accept the prophets and are blessed,

1. The people reject the prophets and the judgments of God.

2. The people respond to the judgments by repenting and following the prophets.

3. They continue in wickedness to their destruction.

You may wish to review some or all of the following examples. Notice how often the pattern given above is repeated.

1. During the reign of king Shule, (Ether 7:23-27) how did the people respond to the appearance of prophets in the land? What did Shule do to enable the prophets to complete their mission and bring the people to repentance? What does this suggest about the importance of righteous leaders?

2. During the reign of king Heth, (Ether 9:25-35) Heth began again to “embrace the secret plans . . . of old . . .” (9:26). What kind of judgment did the prophets predict if the people did not repent? In this situation, who is the leader of the prophetic opposition? Like King Noah of old, Heth becomes the catalyst that causes a great destruction among those that follow him.

3. During the reign of kings Com and Shiblom, (Ether 11:1-8) the prophets foretell a great destruction if the people do not repent (11:1). A destruction that would exceed anything ever seen on the face of the earth (11:6). When the destruction began, “the wars and contentions and famines and pestilence” the people began to repent (11:7, 8) and the Lord had mercy again on them.

5. During the days of Coriantor’s captivity, (Ether 11:19-23) three generations after the reign of Etham, many prophets appeared again among the people (11:20). They prophesy utter destruction unless the people repent. How did the Jaredites respond this time? (11:22). Can you see what is now happening among these people?

6. During the reign of king Coraintumr, (Ether 12:1-5; 13:1, 2, 14-22) Ether prophesied. He gave the same warning that had been given twice before (12:3), but the people “rejected all the words of Ether” (13:2). In Ether 13:15, we learn a great war began among the people. This war would terminate in the destruction of the Jaredite people. Coraintumr was the king who witnessed the final Jaredite destruction when it became apparent that no divine intervention would bring them back to repentance.

What was the response of the people to the destructions and slaughters described in Ether 14? (Ether 15:6). I mentioned earlier in this lesson the significance of the broom to people living in the promised land. We can see that Moroni’s prophecies in Ether 2 were literally fulfilled when the Jaredites became fully ripe (see Ether 2:8, 9, 10). What indication do we have as to the extent of the destruction? (Ether 11:6; 15:2).

What reason is given for the destruction of this great people? (Ether 15:19).

What application does Moroni draw for our day from these chapters? (Ether 8:19-26).

3. ZION WILL EVENTUALLY BE ESTABLISHED UPON THE PROMISED LAND

The Book of Mormon ends with the account of the destruction of the Nephites and the Jaredites and a warning to future generations. But Ether teaches us that a glorious event awaits the inhabitants of this land. What is that event? (Ether 13:3-12—The building of the New Jerusalem and the establishment of Zion).

Are the blessings and promises of Zion limited only to the inhabitants of Americas? (2 Nephi 30:8). The following from Brigham Young may help explain this point:

Let there be an hallowed influence go from us over all things over which we have any power; over the soil we cultivate, over the houses we build, and over everything we possess; and if we cease to hold fellowship with that which is corrupt and establish the Zion of God in our hearts, in our houses, in our country, we shall ultimately overcome the earth . . . (Discourses of Brigham Young, pp. 443,444).

CONCLUSION: We have yet to see the fulfillment of the prophecies of Ether, Brigham Young, and others who have promised the building of Zion and the eventual establishment of the New Jerusalem. In fact, we may sometimes think that we will never see those promises fulfilled.

This promised Zion always seems to be a little beyond our reach. We need to understand that as much virtue can be gained in progressing toward Zion as in dwelling there. It is a process as well as a destination. We approach or withdraw from Zion through the manner in which we conduct our daily dealings, live within our families, whether we pay an honest tithe and generous fast offering, how we seize opportunities to serve and do so diligently. Many are perfected upon the road to Zion who will never see the city in mortality (Elder Robert D. Hales, C.R., April 1986, p. 38).

Until we see the reality of a Zion society, we are invited to do what many in the past have done. Read Ether 12:19. What is the result of beholding things with the eye of faith? My testimony is that I have been made glad by those things which I have beheld with the eye of faith. I feel a great anticipation for a society in which I can live and raise children without fear. I long for a day when children can “grow up without sin to salvation” (D&C 45:58). How glad we will all be to live in a society with those—and only those—who are pure in heart.