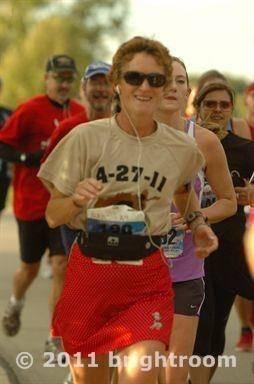 It wasn’t her first marathon this year. And it wasn’t just a race.

Linda Ambard, a native of Boise who now lives in Acton, Mass., had been invited to run the Boston Marathon in memory of a fallen soldier. Her husband, Phil Ambard, lost his life at the hands of terrorists nearly two years ago. On Monday, Ambard was reminded of that tragedy just a quarter mile from the finish line.

"I have grabbed my life back by running," Ambard posted as a now viral Facebook status. "How can it be that as I was running to snub my nose at the terrorist that took Phil, another sought to destroy the hard fought for happiness I have found. It cannot end this way."