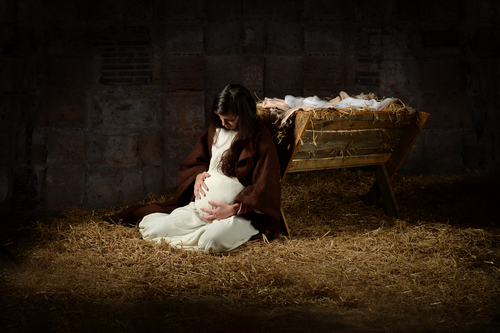 My wife’s ancestors Parshall and Hannah Terry lived in Palmyra, New York, and knew the Prophet Joseph Smith. Their son Jacob was the exact same age as Joseph and was his schoolmate and friend. In 1817, three years before the First Vision, the Terry family moved from New York to Canada and lost contact with the Smiths until 1837, when missionaries taught them. The family was amazed to learn about all that had transpired with the Smith family. The Terrys were baptized the following year and moved to Missouri, anxious to reconnect with their friends the Smiths. Instead, they got there just in time to be expelled from the state because of the extermination order.

In Illinois, the Terrys and Smiths were finally reunited. Parshall and Hannah loved listening to the Prophet preach. They couldn’t get over the fact that the boy who had gone to school with their son was now teaching them and thousands of others so powerfully. Like many Saints in their day, the Terrys helped with the construction of the Nauvoo Temple, mourned when Joseph and Hyrum were martyred, faced bitter persecution, and ultimately went west with the Saints in early 1846. But before they left, they received their temple blessings. It was right on December 25, 1845, that Parshall and Hannah received their endowments in the Nauvoo Temple.

Today, many people are quick to label Joseph Smith a fraud, a con man, a false prophet. Others praise his accomplishments. The Smithsonian magazine included Joseph Smith in their listing of “the 100 most significant Americans of all time” and in the category of Religious Figures named Joseph Smith as number one.1 However, the Terrys had an advantage that no one today has. They actually knew Joseph from when he was a child until the end of his life. They not only spoke well of Joseph, but they sacrificed to follow him. Their choices are powerful evidence of Joseph Smith’s sincerity and goodness.

All world religions try to help people find God. They all provide a window through which people can attempt to see and understand Him. Some windows are small and clouded by tradition and superstition. Others are larger and clearer. But the window Joseph Smith provided is huge and fully transparent.

Many Christians see Christ through a window framed only by Matthew, Mark, Luke, and John. The window provided by Joseph Smith included the Bible but added the Book of Mormon and other Restoration scriptures, as well as temple teachings and ordinances. Through such an expansive window, we can see Christ more clearly. Brigham Young stated, “Do we differ from others who believe in the Lord Jesus Christ? No, only in believing more.”2

To me it has always seemed inconsistent that each December, Christians all over the world celebrate an angel coming to a young girl named Mary (see Luke 1:26–27) and then completely dismiss the possibility of an angel coming to a young boy named Joseph (see JS–H 1:33). In a world where many no longer believe in God, the fact that He sent angels to both Mary and Joseph Smith seems like strong evidence that God still believes in us! If God so loved the world that He sent His only begotten Son back then (see John 3:16), then surely He still loves the world enough to send Him again in our day. The Messiah who came to a manger in Bethlehem is the same one who came to a grove in Palmyra and a temple in Kirtland. The Lord who spoke to His servant Paul on the road to Damascus is the same one who spoke to His servant Joseph in Missouri and Nauvoo.

Was Joseph Smith perfect? No. He never claimed to be. I have heard many criticisms of the Prophet, but few that weren’t first leveled against Christ Himself. Two thousand years of criticism have not changed the truth about our Lord, and two hundred years of criticism have not changed the reality of Joseph Smith’s divine call. In Doctrine and Covenants we read, “Joseph Smith, the Prophet and Seer of the Lord, has done more, save Jesus only, for the salvation of men in this world, than any other man that ever lived in it” (D&C 135:3). Elder D. Todd Christofferson has further testified, “The Savior has not had among mortals a more faithful witness, a more obedient disciple, a more loyal advocate than Joseph Smith.”3

This warm, conversational book will enhance your celebration of the Christmas season as you discover ways Christ began to fulfill His divine mission right from the moment of His humble birth. Whether a gift to a loved one or to yourself, this is the perfect read to curl up by the fire and embrace the Christmas spirit. Join with shepherds, wise men, angels, and other witnesses throughout the ages who have testified of the Christ in cradle, the Messiah in a manger. Available now at Deseret Book stores and at deseretbook.com.