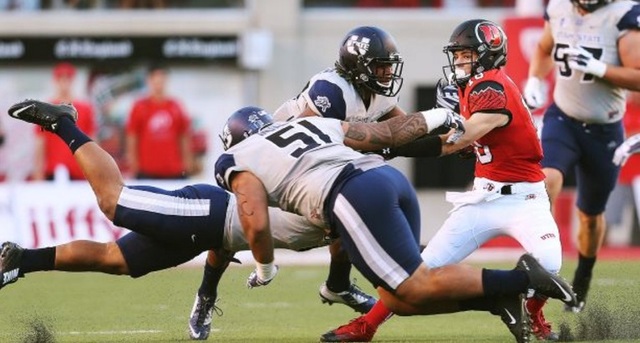 As the brother of former BYU quarterback Stephen Covey, Britain Covey has quite a few ties to BYU. That's why many were surprised when Britain chose to play for the Utah Utes not the Cougars in the 2015 season.

But, he's suspending all of that to serve a mission. On January 20, Covey announced over Twitter that he will serve his mission in the Chile Rancagua Mission.

After the announcement, congratulations and well wishes started rolling in from both sides of the rivalry. Even BYU's current quarterback, Tanner Mangum chimed in, having served in the same country. I guess there's nothing quite like serving for your faith to help bring people together. Check it out!

So pumped for @brit_covey2 getting his mission call to CHILE!!! 🇨🇱 Happy for you man, you will absolutely love it. Vamos Chilenos!!! — Tanner Mangum (@tannermangum) January 21, 2016

Its sick @brit_covey2 got called to Chile to the mission above mine. You're gonna love it man, the people there are awesome. #vamoschile

@brit_covey2 congrats man. I served in Argentina. Great people down south. See you back on the field in 2. — Tyler Kelsey (@tbonecapo) January 21, 2016