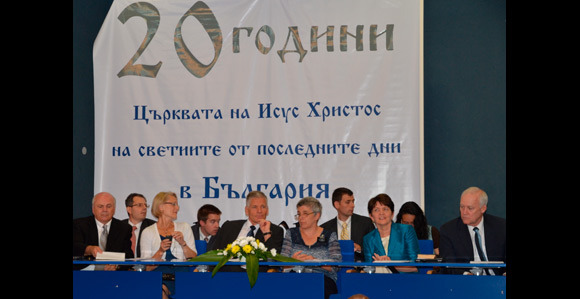 Bulgaria, Russia, and Ukraine Celebrate 20 Years of the Church

This year marks 20 years since the official establishment of The Church of Jesus Christ of Latter-day Saints in three Eastern European countries—Bulgaria, Russia, and Ukraine.

Although the Church already had a presence in each country, the governments of Bulgaria, Russia, and Ukraine didn’t officially recognize the Church until 1991.

Bulgaria In October 1988, Elder Russell M. Nelson of the Quorum of the Twelve Apostles and Elder Hans B. Ringger of the Seventy visited Bulgarian leaders hoping for an opportunity to become established there. But at that time, government policies did not allow the establishment of new religious groups.