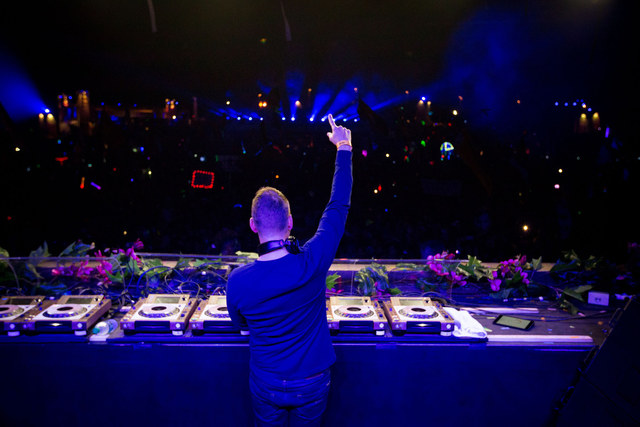 MR says: How does a DJ who pulls in up to half a million a night balance his music career with his life as a husband and dad of three? How does he stay true to his standards? Two-time winner of America's Best DJ Kaskade says, "For me, I made up my mind a long time ago who I am and what I’m about."

In a feature on this incredible musician, Buzzfeed showed how Kaskade's faith and music are inspiring the lives of millions. Here's one of our favorite highlights:

Much of Kaskade’s music, while carefully avoiding proselytization, offers what could be heard as a purer form of the ambiguously life-affirming dance hits that are pervasive at EDM festivals and, increasingly, pop radio. Songs like “4 AM” (“There’s a way, there’s a way… I know that someday we will surely find it”), “Be Still” (“Now that this love has overcome me / Now that this fire is burning bright / All of these words seem just beyond my reasoning”), and “Mercy” (“For the broken hearts / For the reckless souls / This is mercy, love / We are chosen ones”) function as indictments of empty existence that deftly evoke the universal desire for something more.

“I think any experience can be spiritual,” Raddon says. On his Instagram, the comments are often filled with prayer-hands emojis and the stories of fans whom his music helped through “rough times.” “Put more broadly, I’d say dance music can be very uplifting. That’s what I’m aiming to do at my shows. Uplift and kind of enlighten. Like, ‘Oh wow. We can all kind of ride this thing together and end up in this place where we’re much happier than we were before.’”

Read more of the story here or by clicking the link below:

The W Hotel in downtown Atlanta narrows twice near its summit, 28 gloriously reflective stories in the air, so that the roof of the building feels almost impossibly small. All that glass and concrete — the luminescent terrace infinity pool, the 300-plus rooms with Macassar wood and Dornbracht faucets — culminates in a demure square helipad that a giant gorilla might regard as a trampoline. Ryan Raddon, an average-sized man, stands at the edge of the helipad one misty evening in late September and instinctively positions himself for a selfie, his arm outstretched at a flattering 45 degrees as a sleek black helicopter whirs in view of his iPhone’s camera. It has been raining intermittently all day, and gray, leaden clouds give the towering skyline a forbidding mystique.

Raddon, 44, who produces electronic dance music under the name Kaskade and has twice been voted America’s Best DJ (2011 and 2013), is accompanied on the helipad by his wife, Naomi; a concierge; a journalist; and his videographer, a 26-year-old named Jet, who loops around the helicopter angling to capture the tableau. The pilot, a round man in rectangular glasses, idles patiently with a watchful eye on the hazy horizon. Raddon and crew are unhurried. Over the course of Kaskade’s 250 touring days every year — which, in 2015, have helped make him the seventh-highest-paid DJ in the world with an estimated $18 million in revenue, according to Forbes — there are moments to scramble and moments to savor. This is the latter.

Kaskade is in town for TomorrowWorld, a growing EDM festival situated on an 8,000-acre horse farm called Chattahoochee Hills 30 miles outside of Atlanta. The event is a three-year-old American offshoot of Tomorrowland, a venerated three-day, fairy tale–themed bacchanal in Belgium that last year attracted over 360,000 attendants from 190 countries. Helicopter transport has become a standard offering at EDM festivals, the nature of which often precludes proximity to civilization, and it’s the organizers of TomorrowWorld who have facilitated the rooftop pickup.