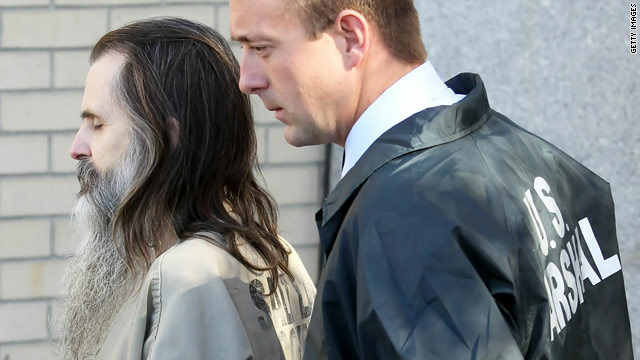 He's a self-proclaimed prophet who called his bed an altar.

He wore robes, grew his beard long and penned a rambling manifesto.

He said he received revelations and was destined to take 49 wives.

And he is on federal trial for kidnapping Elizabeth Smart, now 23, and moving her across state lines for sex.

The lawyers for Brian David Mitchell do not dispute that he abducted Smart, then 14, and held her captive for nine months. But they say his religious beliefs were delusions, that their client was insane and therefore cannot be held responsible for his actions.
Read the rest of this story at cnn.com