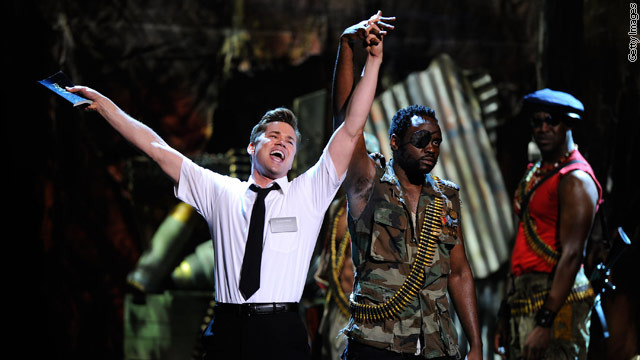 Prof. Bushman, the character of Elder Price, an American Mormon missionary in modern-day Uganda, questions his faith, but regains it while performing the song, “I Believe.” He sings, “I believe that God has a plan for all of us. / I believe that plan involves me getting my own planet.” Is that lyric based in Mormon belief?

I have been living in California and Utah for the past year while the musical "The Book of Mormon” has been packing the house on Broadway.  I have not seen the show, but I have read endless reviews, listened to parts of the score, and talked with Mormon friends who have seen it.  Based on what I have heard, and the lyrics of Elder Price’s song, the musical gets a lot of laughs, but it is not meant to explain Mormon beliefs.

Mormons experience the show like looking at themselves in a fun-house mirror. The reflection is hilarious but not really you.  The nose is yours but swollen out of proportion.
Read the rest of this story at cnn.com