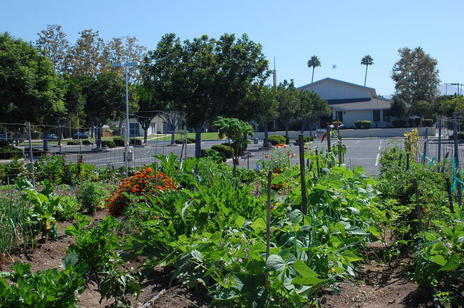 Latter-day Saints in Carpinteria have been busy planting the seeds of missionary work in their backyard.

What started out as a chest-high, weed-infested lot behind the meetinghouse for the Carpinteria Ward in the Santa Barbara California Stake has turned into a community garden where members of the Church and community gather to harvest the fruits of their labor.

The ward garden has been around for more than 30 years, but has recently opened to the community and picked up popularity in the ward.

Gardener and ward member Ron Peeleman said the garden has blessed the ward and paved the way for members to talk about their beliefs with community members as well as become more involved in the community.

“It breaks down those barriers,” Brother Peeleman said. He explained that the community’s perception of the Church had not always been the best, but has greatly changed since the instigation of the communal garden.