On a dreary or chaotic day, a splash of color can lift spirits and instill optimism in a way that goes beyond words. Though evanescent, chalk art transforms dull sidewalks into works of art, creates lasting impressions, and reaches thousands in a way more conventional styles of art cannot. No wonder many Mormon artists have found chalk to be a powerful way to share their beliefs. 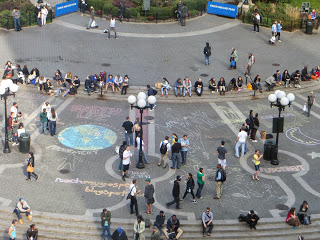 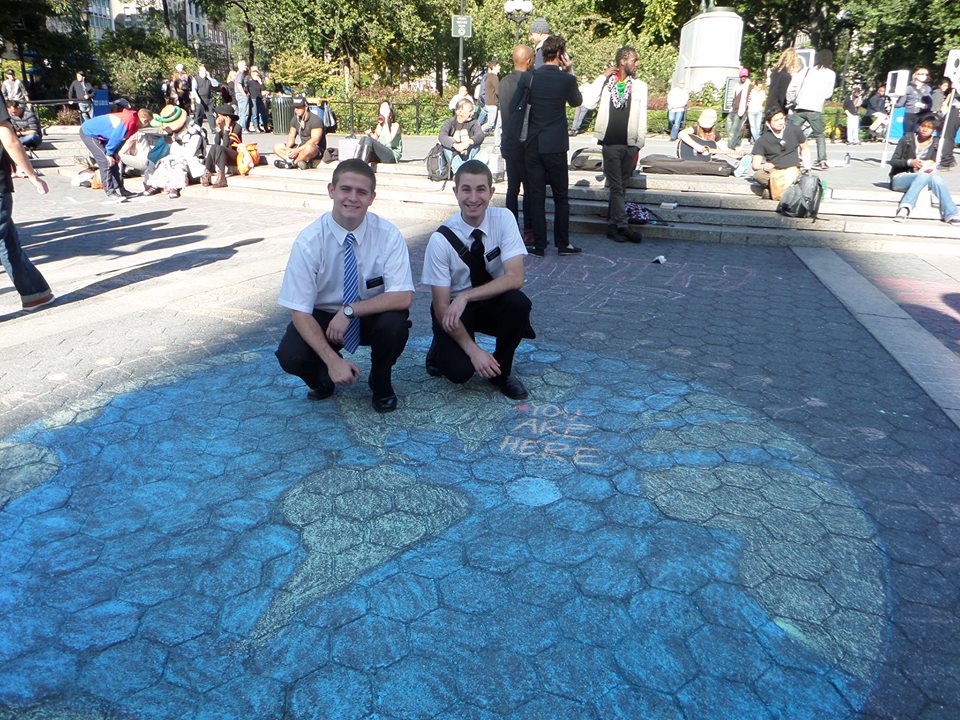 While proselytizing in New York City, Elders Aaron Potter and Brad Witbeck preached the gospel in many unique ways. From setting up free shoe-shine stations to singing on the subway to building an enormous snow sculpture of the temple, these elders kept busy as they used their creativity to accomplish missionary work.

One such project received international attention: a chalk art masterpiece sprawled across Union Square, representing the plan of salvation.

On October 18, 2013, the project took an entire zone of 20 missionaries over an hour to complete, but the missionary work that resulted from the project spanned years. “We figured people who were interested enough to look might be interested enough to listen,” Potter and Witbeck say. After a ward member created a YouTube video showing the creation of the artwork, news stations began picking up the story across the nation. The two elders even created a blog about the project called Reach My Gospel—one that gained interest and comments of people from seven continents.

Later, the missionaries were inspired to create a chalk art drawing of the tree of life in Washington Square Park with the help of several wards in the area. “It was amazing to see how much it got people excited to share the gospel in ways that would be unique and personal to them,” Potter and Witbeck share. “We learned that the Spirit can guide us in ways we may have never anticipated.” 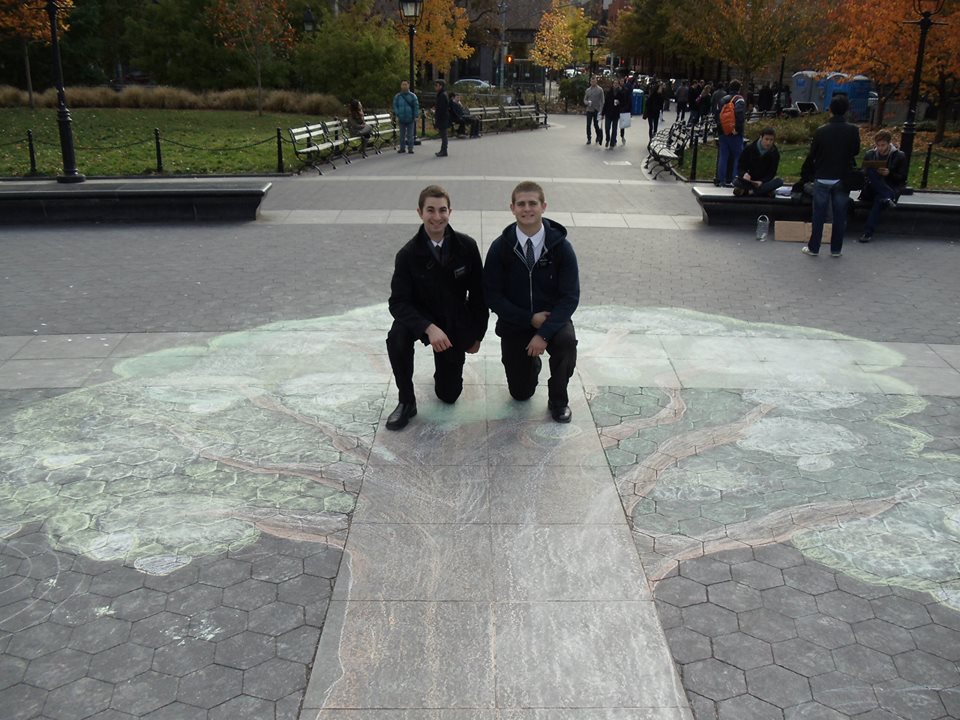