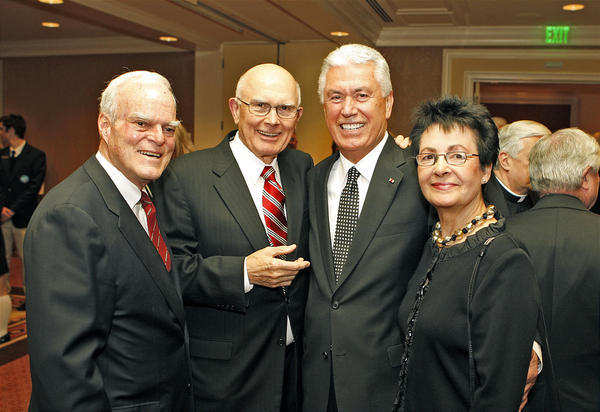 Catholic Community Services honors Uchtdorfs as humanitarians of the year

They, too, were displaced from their homes, refugees and eventually, immigrants to the United States. President Uchtdorf moved from his birthplace in Czechoslovaki to Germany when he was just four years old. Sister Uchtdorf lost her father, who was a German soldier during World War II, when she was just 11.

The couple has profound gratitude for the people "who helped us through this difficult season," said President Uchtdorf, Second Counselor in the First Presidency of The Church of Jesus Christ of Latter-day Saints, speaking Wednesday night during Catholic Community Services Humanitarian Awards Dinner.