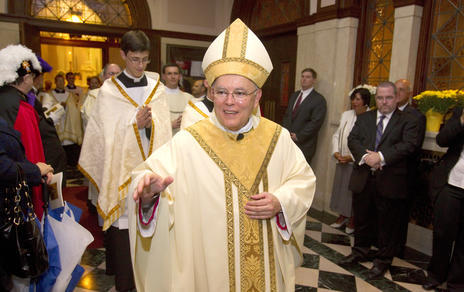 In between meetings with LDS Church apostles, the archbishop of Philadelphia spoke at BYU on Friday and said differences between Mormons and Catholics shouldn't preclude a friendship aligned against the decay of religious freedom in the United States.

"The differences in our doctrine and practice are obvious," Archbishop Charles J. Chaput said. "Ignoring them wouldn’t serve the truth. But that doesn’t preclude friendship. It doesn’t preclude working together.

"And it doesn’t obscure the fact that we face many of the same problems and share many of the same convictions about marriage and family, the nature of our sexuality, the sanctity of human life and the urgency of religious liberty. That’s a lot of common ground rooted in the natural law. We can’t afford to concede it to people and ideas very different from the beliefs we cherish."