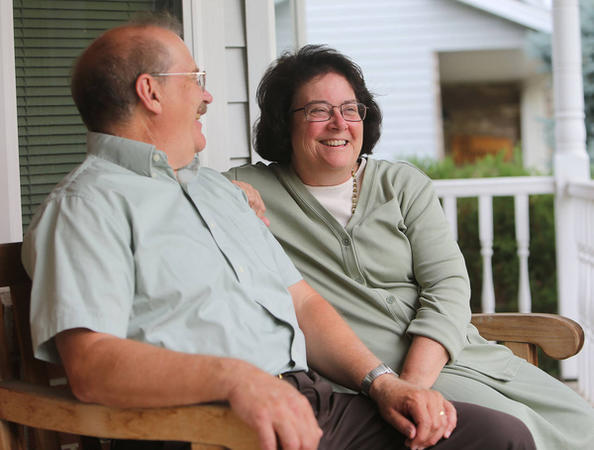 She's a devout Catholic. He's an active Mormon. And for more than three decades the couple has learned how to deepen their own faith while appreciating the faith of the other.

“We will accept each other as we are and pray to grow together but not necessarily pray for conversion,” said Juliana Boerio-Goates of Orem, who married Steven Goates on July 2, 1977. She then adds a caveat: "The path that we’ve chosen is not something that we encourage anybody else to do.”

Interfaith marriages are three times as likely as same-faith unions to end in divorce, Naomi Schaefer Riley reported in her 2013 book, " 'Til Faith Do Us Part: How Interfaith Marriage is Transforming America."

"It is not the doctrines of religion, but its practices and rituals that are more likely to affect our day-to-day lives, and therefore our marriages. The latter may ultimately lead to more disagreements and eventually to divorce," Riley said in her book.

Juliana and Steven certainly understand the struggle. They said the "most intense fights" during the first two to three years of the Orem couple's 37-year marriage concerned religion. Now they happily married couple live in harmony, finishing each other's sentences.