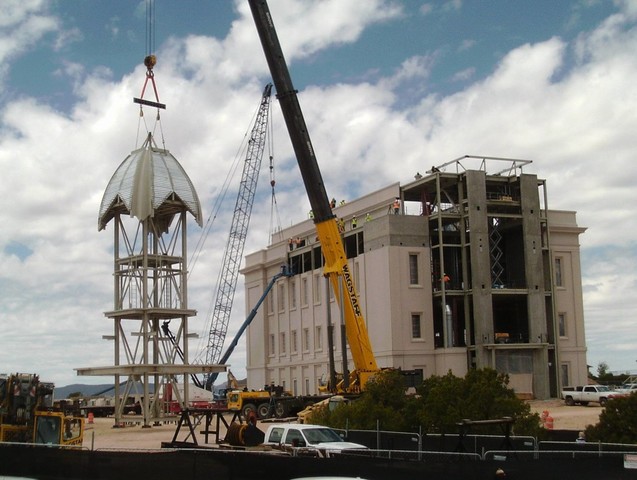 Residents buzzed with excitement on the grounds of the Cedar City temple of The Church of Jesus Christ of Latter-day Saints Tuesday as they gathered to watch the next step in construction – the placing of the steeple on top of the building.

Leaders of the Church had not previously announced the event out of concern for the droves of people it would bring out. But like so much in a small town, word gets around; and by 11 a.m. many community members were either already at the temple or headed over. 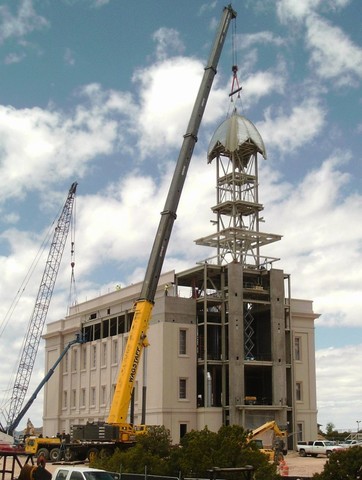 The scene resembled one outside a sporting event as cars lined the curbs and bumper-to-bumper traffic jammed the streets with drivers in search of a parking spot. On the temple grounds, located at 300 S. Cove Drive, there were more than 200 spectators waiting in anticipation of the event.