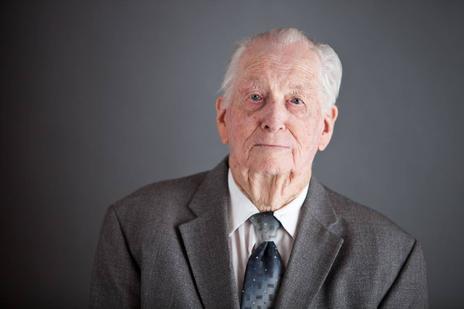 Centenarian to spend his 100th birthday at Idaho Falls Temple

If you want to know where Arthur Jensen of Rigby, Idaho, will be on Thursday, May 10, just plan to get up very early and go to the Idaho Falls LDS Temple, where you can join him as he completes at least two temple endowment sessions.

For Art, this is just business as usual, since he spends nearly every workday at the temple — just as he has done for the past 31 years, since being called as an officiator in 1981. That was shortly before his retirement as co-owner of a successful lumber yard, which allowed Art and his two partners, Raymond Ball and Art’s brother Harley Jensen, to supply the materials and, in some cases, to act as general contractor for many of the homes needed in the largely LDS community of Rigby and the surrounding area.