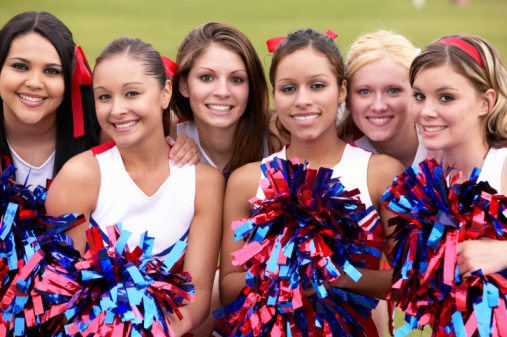 The midriff-exposing uniforms given to the Central High School cheerleading squad this fall are nothing to cheer about, according to several team members.

A half-dozen upperclassmen on the team appeared before the city Board of Education this week asking its members how they'd feel if their daughters were dressed in something similar.

"We ask with the utmost respect you do anything in your power to help us," said Heidi Medina, a former team captain, removing oversized sweats to reveal a quarter-length top and exposed middle. "I don't feel comfortable wearing this."

"It really hurts our self esteem," said Ariana Mesaros, another senior on the team, in a voice hoarse from cheering the night before. "I am embarrassed to stand up here dressed like this. Is this really how you want Bridgeport to be represented?"

In most cases, the ill-fitting tops looked to be too small, exposing the midriff, and the warm-up sweats students were given appeared to be several sizes too big.

Read the rest of this story at ctpost.com