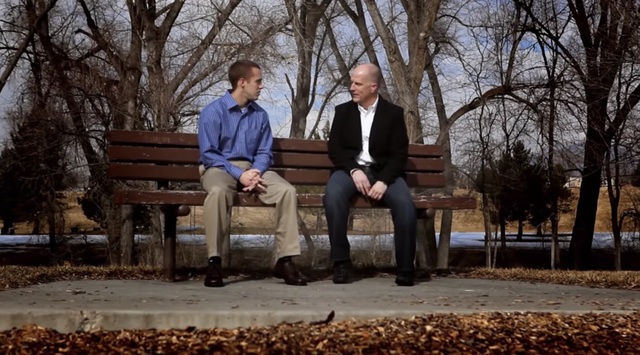 Chris Williams and Cameron White are an unlikely pair to appear on a podcast together, especially when you are aware of the tragedy that brought the two in contact with one another. But that is exactly what happened recently as Williams and White appeared on Katherine Schwarzenegger Pratt’s new Headspace podcast, “The Gift of Forgiveness.”

As a teenage boy, White drove home from a basketball game after drinking earlier in the evening and hit Williams and his family, killing Williams' expectant wife and two of their children. Following the accident, White recalls attempting to slit his wrist in an effort to take his own life, while Williams recalls realizing that he had a big decision to make. Would he forgive the young man in the other car? Immediately into his mind came the words, “Let it go.” The very next day, Williams publicly forgave White.

“My parents had heard it through a couple of their friends,” White recalls. “When my mom said that . . . my mom and dad and I just kind of broke down and just hugged each other. I don’t think any of us can understand, I don’t think anybody can understand . . . what this kind of forgiveness would be. It’s unfathomable. This is not a normal thing for a human being to be saying, you know, and it’s pretty emotional to hear that because he’s one in a billion on this earth. You don’t hear that from very many people on this earth and he’s just a huge blessing in my life and has really given me more than anyone will ever give me in my life.”

Williams and White would later meet in person and White asked Williams how he was able to forgive him.

► You may also like: All In Podcast: Learning How to Forgive From the Savior

“I’m going to get religious here,” White says years later recalling their conversation. “He just said, ‘It’s not me. It’s Christ that I’m doing this through. It’s just the reflection of Christ going through me.’”

Hear Williams and White discuss their journey with forgiveness here.

Williams was interviewed on LDS Living's All In podcast last year. Listen to the interview in the player below.

On a cold February night in 2007, a devoted father of four and a seventeen-year-old drunk driver both received life sentences. In one violent, devastating instant, both faced a drastically different—and uncertain—future. But as Chris Williams sat in his demolished vehicle, staring at the car that had just caused the death of his wife, his unborn baby, his nine-year-old daughter, and his eleven-year-old son, he committed to do something extraordinary: he would forgive. That decision launched Chris on a journey toward healing that affected his family and friends, the young man who caused the accident, and an entire community—a community that would face another deadly tragedy just a few days later. Chris's message of forgiveness is an empowering invitation to all who have suffered, however unjustly, to lay down their burdens and let it go. Available now at DeseretBook.com.