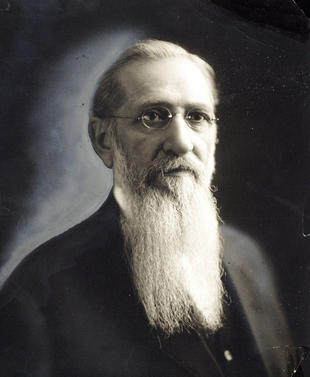 Christ Among the Dead: An Ancient Doctrine and a Modern Witness

The spirit world, the place inhabited by those who’ve departed this life, was very much on the mind of President Joseph F. Smith in early October 1918, and understandably so.

The First World War, which killed more than 16 million people and wounded 20 million more, still had more than a month to go. The 1918 flu pandemic, which would infect 500 million people and kill somewhere between 50 and 100 million of them — 3 to 5 percent of the world’s population at the time — was well underway. Moreover, his son Hyrum Mack Smith, named after the father President Smith had lost at Carthage Jail when he was not yet 6 years old, had died suddenly several months before, at the age of only 45. President Smith himself had less than two months to live and may well have known it.

Thus, on Oct. 3, 1918, President Smith was pondering the scriptures, particularly 1 Peter 3:18-20 and 4:6, which speak of a visit of Christ, between his crucifixion and his resurrection, to the spirits of those who had died.