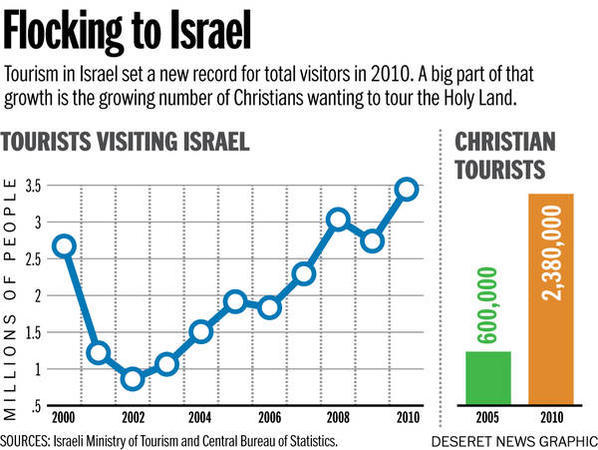 Christianity endures in the Holy Land

It's spring in Israel, just weeks before Easter Sunday. On hilly terrain right outside Jerusalem's Old City, the sunlight is filtering through berry-tree branches as chirping birds warble gay ditties on the grounds of the Garden Tomb.

Not far from the sepulcher where tradition holds that Jesus' body once lay, a couple of dozen African Christians stand in concentric circles as they clap and sway and sing soulful songs of adoration. On the other side of a footpath a British congregation intently listens to its pastor's sermon, quietly seated beneath a large tree's shady refuge on carefully arranged rows of pews.

The two groups have come here — the place where many Christians believe Jesus was buried and subsequently resurrected — for precisely the same reason: to worship on hallowed ground.

Without warning, a hailstorm of noise suddenly shatters the peaceful ambiance. The six-times-a-day Islamic call to prayer, synchronously blaring from five mosques within earshot, audibly assails the Garden Tomb in Arabic for about two minutes.

The British pastor folds his arms, purses his lips and furrows his brow while waiting for the loud sounds to abate before proceeding. The Africans, though, just keep on singing.