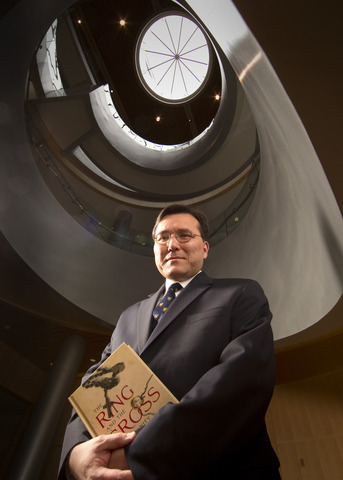 Christianity in Lord of the Rings: Would Easter fly on Middle Earth?

Without a single chapel on Middle Earth, one might assume that religion has no place in The Lord of the Rings.

But with Peter Jackson filming The Hobbit for release next year, BYU historian Paul Kerry’s book will help you decide if The Lord of the Rings series is Christian or just plain fantasy.

“The book upholds certain moral values,” said Paul Kerry, a history professor at BYU. “You have to piece the clues together on many levels.”

Author J.R.R. Tolkien was a devout Catholic from an early age, even raised by a priest when his mother died. Later he became a professor at the University of Oxford. Even though Catholicism sincerely influenced his lifestyle, Tolkien stated that this series was written for his pleasure and not as an allegory. Yet, he also maintained that The Lord of the Rings was a fundamentally religious work.