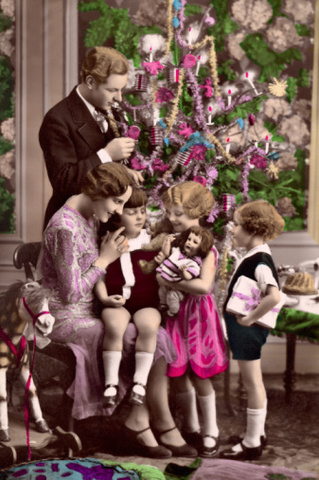 Christmas with the Prophets

In her new book “Christmas with the Prophets,” author Laura F. Willes shares the Christmas traditions and stories of our beloved presidents of the Church.

“What I have done is taken all of these stories and kind of reworked and rewritten them and put a lot of context around them,” Willes said.

The beauty of the book is that the Christmas vignettes include a history of the prophet’s life that make the stories richer and give the reader a better sense of these holy men.

Willes came up with the idea for this book while serving a mission as a docent at the Church History Museum. Two years ago a group came to the museum and wanted a tour of Christmas with the prophets.

“I thought, ‘Oh! This is new!’ because it was not one of our regular tours,” she said.
She went home and put together a tour by compiling Christmas stories of the prophets she had collected from different Christmas anthologies in her home library.

“I got to thinking that this would make a wonderful book. I didn’t think that all of these stories had ever been collected in one place before.”

Although many of these stories have already appeared in print, they are scattered all over the place, so Willes set out to collect them all into one, single book.

While most of the stories are happy and in the spirit of Christmas, many are a sad reality of the hardships some of the prophets endured.

“I chose to include stories both happy and sad because they were real,” she said. “Two of the prophets actually spent a Christmas in prison. Lorenzo Snow and of course, Joseph Smith. … Many times the prophets were working hard over Christmas. Wilford Woodruff talks about getting out lumber and husking corn on Christmas day. And I guess they often chose to serve both their families, but especially the Church and felt that that was very appropriate to do on Christmas day.”

The book is also a history of the celebration of Christmas and how it has evolved in American culture over time. In 1830 when the Church was organized, Christmas in the United States wasn’t celebrated to the extent that we celebrate it today. The celebrations didn’t really become institutionalized until much later.

“For Joseph Smith there was not a tradition of a tree and Santa Claus, but there was a tradition of gathering to remember the Savior’s birth, of having friends and family close around celebrating that event.”

For the modern-day prophets, Christmas was celebrated a little differently. President David O. McKay never missed the chance to take his grandchildren on a bobsled ride pulled by a team of horses, jingle bells and all. He did this every year well into his eighties.

“One of my very favorite stories in the whole book is the one of George Albert Smith and his Christmas card,” Willes said. “In the 1940s … the flood lights on the Salt Lake Temple had been turned off during the war. I didn’t know that. I was almost horrified to read that Salt Lake was dark at night during WWII and that the temple wasn’t even lit up. And then to have the ceasefire announced and Heber J. Grant instructing to have the lights turned on again. He died only days after that.  And then George Albert Smith planned such a sensitive and insightful Christmas card for 1945.”

While writing this book, Willes found her experience became more personal than she expected. Tearing up, she said, “These men are special to me, and one thing I found out was that they are absolutely genuine, right through the private celebrations and moments.  They are just exactly what they appear to be when they stand up in General Conference.”

Willes hopes readers will not only enjoy the fun, personal stories of the prophets, but also to realize that they too, are just men who enjoy and celebrate the Christmas season like anyone else.

“They seem up on a pedestal at times to us, which they are because of their high calling and responsibilities, but they’re also men. I’m hoping that others will feel that too.”