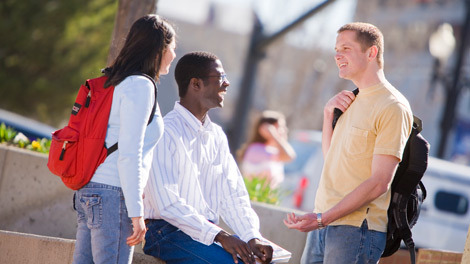 At the November CES broadcast, Elder Paul V. Johnson of the Seventy made a few significant announcements. He first announced that, beginning in January 2015, the basic format of CES Devotionals will be changing. First, they will no longer be called CES Devotionals, but instead will be referred to as "Worldwide Devotionals for Young Adults." In addition, the number of broadcasts will be reduced to only three times a year--January, May, and September--in order to emphasize the importance of each devotional.

Elder Johnson also confirmed a rumor that has been flying around the internet over the past week, announcing some core curriculum changes to Church universities and Institutes of Religion. Four new required courses will be added to the current classes:

1. Jesus Christ and the Everlasting Gospel

2. Foundations of the Restoration

3. The Teachings and Doctrine of the Book of Mormon

A new page on lds.org gives more details about the change, including how it will affect graduation for students and the purpose of the new classes. Watch the announcements and devotional by clicking here.