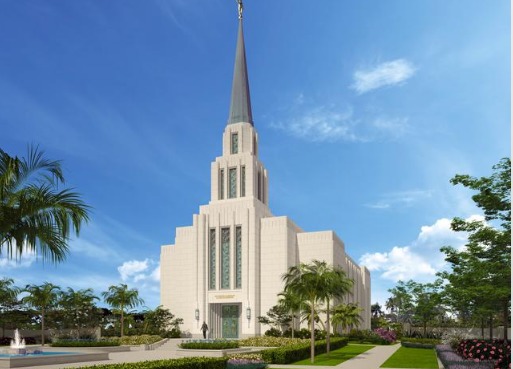 The First Presidency announced the groundbreaking of the Rio de Janeiro Brazil Temple on March 4, 2017.

Announced by President Thomas S. Monson in April 2013, the Rio de Janeiro Brazil Temple is one of eight temples operating, announced, or under construction in Brazil (located in Campinas, Curitiba, Fortaleza, São Paulo, Porto Alegre, and Recife, with a new temple announced in 2016 for Belém).

Currently, the Church has 155 temples around the world, with another 21 announced or under construction.

Since the first baptized member of the Church arrived in Brazil in 1913, a German-born Saint named Max Richard Zapf, the Church has grown considerably in Brazil over the past century.

Of the 3,905,125 Church members in South America, Brazil makes up over one-third of that number, with 1,326,738 members living in Brazil. Of the 94 missions in South America, 34 are in Brazil, and the country has 341 Family History Centers and 2,038 congregations, according to Mormon Newsroom.