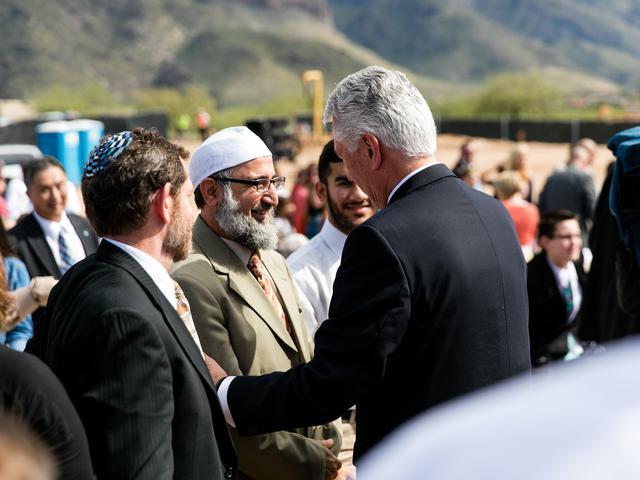 Leaders of The Church of Jesus Christ of Latter-day Saints joined community and civic officials to break ground for two new temples. The temples are located in Concepción, Chile, and Tucson, Arizona.

The two-story temple is 34,000 square feet with the steeple, a dome-shaped cupola reminiscent of the famous dome that crowns Italy's Florence Cathedral.

Landscaping plans include large areas of natural desert open space to provide a buffer for the surrounding neighborhood. Cactus plants have been transplanted to an on-site nursery until they can be reintegrated into the final landscaping.

Learn more about the groundbreaking at Mormon Newsroom.

The interior of the temple will feature artwork inspired by the landscape of Chile. The two-story temple will be approximately 23,000 square feet and stand on some 4.06 acres. There will be an additional building for temple missionaries who serve at the temple and Latter-day Saints when they come to participate in temple work.

The Concepción Chile Temple will be the second temple built in Chile, following the Santiago Chile Temple.

Learn more about the groundbreaking at Mormon Newsroom.