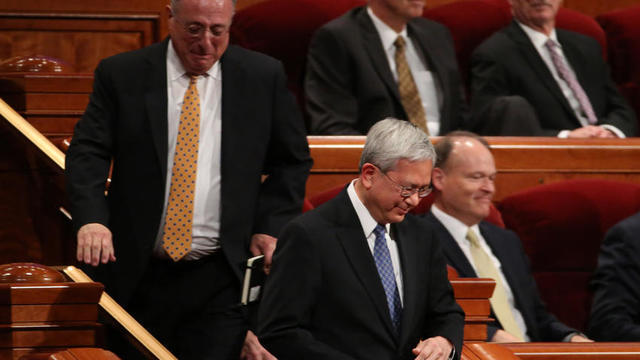 Church Calls 2 New Apostles (+ Their Powerful Testimonies of Our Savior)

During the Saturday morning session of general conference, members of the Church of Jesus Christ of Latter-day Saints had the privilege to sustain our new prophet during the solemn assembly. In addition, Church members also had the chance to sustain our two new apostles: Elder Gerrit W. Gong and Elder Ulisses Soares.

► You'll also like: Everything You Need to Know About the Solemn Assembly This Conference

Elder Gong is a California native with Chinese ancestry who has spent much of his life improving international relations in Asia, through both his career and his Church service as a missionary and General Authority Seventy. Elder Soares was born in São Paulo, Brazil, and was the director for temporal affairs in the Church area office in São Paulo, Brazil, when he was called as a general authority and has spent his church service helping those in Africa and Brazil.

Both of these witnesses of Christ have powerful testimonies of the Savior. Elder Gong said in April 2016 general conference, "At times in history, mortal men have been executed by crucifixion. But only our Savior, Jesus Christ, embraces us still carrying the marks of His pure love. Only He fulfills the prophecy of being lifted up upon the cross that He might draw each of us, by name, to Him."

► You'll also like: 5 Things to Know About Our New Apostle Elder Soares