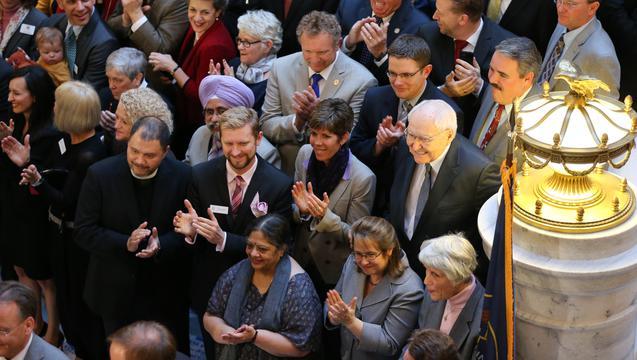 It has been two full months since The Church of Jesus Christ of Latter-day Saints called publicly for legislators to pass laws that safeguard religious freedoms while also extending protections in housing and employment for LGBT people. Six weeks after the Church’s news conference and after intense negotiations between various community stakeholders, the Utah State legislature passed groundbreaking legislation that achieved that goal.

Media outlets promptly dubbed the legislation the “Utah Compromise.”  Laurie Goodstein of the New York Times described the effort as a “golden mean” between religious freedom and gay rights. The Wall Street Journal headlined, “Utah Shows the Way on Gay Rights,” while the Washington Post described it as a “landmark bill.” Others described it as “the Utah Miracle.”

Some were less enthusiastic, however, and seemed anxious not to allow the Utah effort to be seen as a model for other states. One writer in the Daily Beast claimed that the “awful” legislation erodes freedom for everyone. Others wondered if the legislation delivered religious freedom protections for The Church of Jesus Christ of Latter-day Saints but for no one else.

All of this offers an interesting window into the give and take of public discourse.