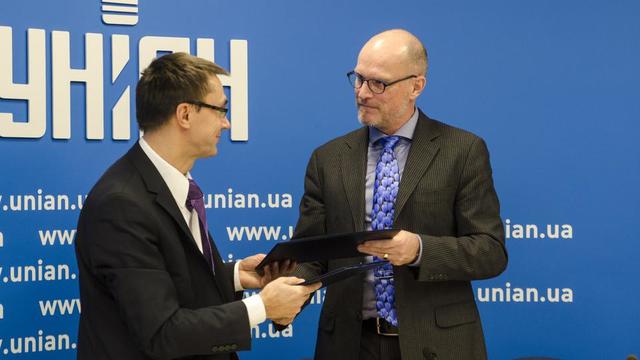 The Church is teaming up with the United Nations to provide aid to victims and those particularly vulnerable--those with disabilities, special needs, single mothers, etc.--in eastern Ukraine.

The UNDP [United Nations Development Program] in Ukraine and . . . The Church of Jesus Christ of Latter- day Saints in Ukraine are launching a new project aimed at providing humanitarian assistance to vulnerable populations living in the Donetsk and Lugansk regions, which are beyond the control of the Government of Ukraine.

The total project budget is 1.2 million. The project provides humanitarian assistance primarily for people living in social institutions in areas outside the control of the Government of Ukraine. Also, humanitarian assistance will be provided to the most vulnerable population - people with disabilities, single mothers, large families. During 2016 UNDP sent three humanitarian convoys that deliver hygiene and sanitation, according to preliminary estimates for at least seven thousand people who will continue to receive it for at least three months.

"Thousands of people living in different social institutions, orphanages, psychiatric hospitals in areas that are beyond the control of the Government of Ukraine. They are in dire need of humanitarian assistance. . . . " said Yantomas Himstra, Director of UNDP in Ukraine.