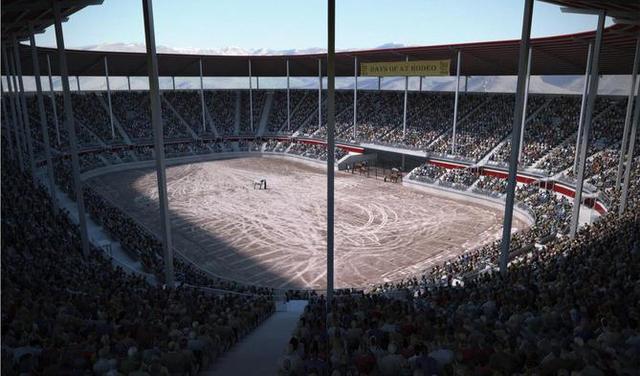 The presiding bishopric sent a letter to a Utah committee hearing, pledging to donate $3 million to a new stadium that would greatly help the community. "We . . . feel confident that it would be a marvelous blessing for the people of the state of Utah," the letter reads.

Utah State Fairpark supporters have cobbled together an expansive proposal for a new $17 million stadium to host such events as the Days of ’47 Rodeo, with The Church of Jesus Christ of Latter-day Saints pledging $3 million in support.

The proposal was unveiled Wednesday and received a vote of support in the interim meeting of the Natural Resources, Agriculture and Environment Committee. Afterward, it was discussed among members of the House GOP caucus.

House leadership is urging Gov. Gary Herbert to call a special session in July for lawmakers to discuss $10 million in state funding for the 10,000-seat stadium.

Lead image an artist's rendering of the new stadium from Deseret News.

Mormon Life Donations Days Of '47Donations,Days Of '47,Mormon Life
Comments and feedback can be sent to feedback@ldsliving.com