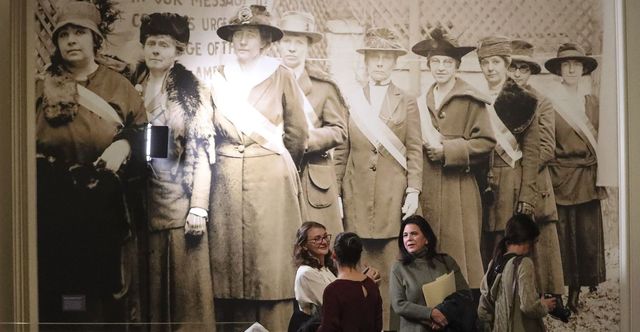 In honor of celebrating the 150th anniversary of women receiving the right to vote in the state of Utah, the Church History Museum is now featuring a new exhibit that commemorates this historic event.

Sister Jean B. Bingham, Relief Society general president, spoke on Thursday, November 21 at the opening of the new display and highlighted different individuals who made a difference in bringing these important changes about for women all over-not just members of the Church.

There will be two major commemorations that will take place in the year 2020. While the United States will celebrate the 100th anniversary of the 19th Amendment, which granted all women the right to vote, Utah will also observe the 150th anniversary of women in Utah receiving the ability to vote first. Many of the women who helped make this happen were pioneers in faith as well as pioneers for rights.

The Relief Society, which was formed back in 1842 by the Prophet Joseph Smith with the goals in mind to relieve the poor and save souls, can now be recognized even more so through this exhibit with how they fought and earned the right to vote during the Sisters for Suffrage movement. You can read more about the history of the movement here.

The exhibit contains interactive kiosks and old documents that encourage learning and appreciation for what these wonderful women did.

Alan Johnson, director of the Church History Museum, hopes that the new feature will make members and non-members alike appreciate what women have done for the Church and what good they continue to do in our society.

“I think there’s a wonderful story of unity and pulling together to really make positive impacts for the entire state and nation,” Johnson said.

The Sisters for Suffrage: How Utah Women Won the Vote exhibit is now open through January 2021. You can learn more about the exhibit and the history behind it here.