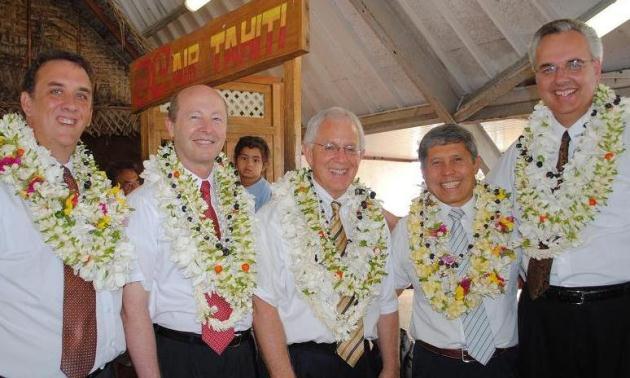 "Members of The Church of Jesus Christ of Latter-day Saints on the French Polynesian island of Tubuai are a living legacy of the Pacific's first Mormons," according to Church historian, Elder Marlin K. Jensen.

Last Friday Elder Jensen attended a dinner and cultural presentation with Tubuai Latter-day Saints and guests. On Saturday he visited historical sites on the island, including sites where the first Mormon missionary to the island, Addison Pratt, first landed, resided, and baptized and congregated with new members.