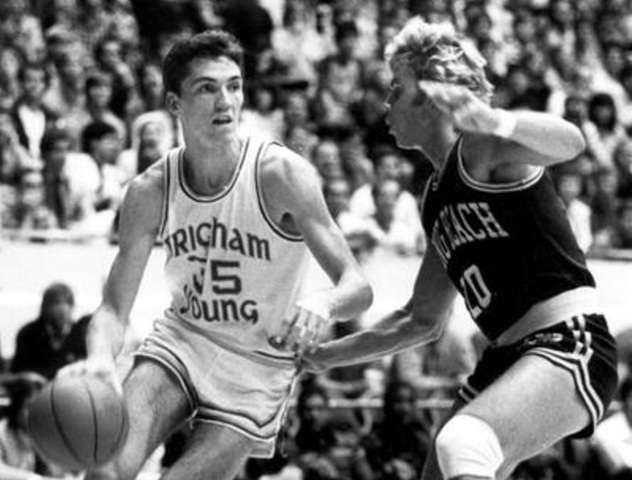 Organized in 1967, the Utah Sports Hall of Fame Foundation honors members of the community who have either participated or contributed to athletics in Utah. Each inductee receives a plaque, displayed in the Energy Solutions Arena. Recently, the USHFF honored a Church leader, Brother Devin G. Durrant, for his basketball career.

The lifelong member, returned missionary, and former mission president reached the top levels of basketball during his career—starring at Brigham Young University and competing in the National Basketball Association.

The Utah resident was named a McDonald’s high school All-American after leading Provo High School to the 1978 state championship. He played two years at BYU before accepting a mission call to the Spain Madrid Mission.

Despite spending two years away from basketball, he returned to BYU and immediately reestablished his dominance on the court. He averaged 22.8 points per game during his junior year and was named the Western Athletic Conference player of the year. The following summer, he represented the United States of America at the World University Games.