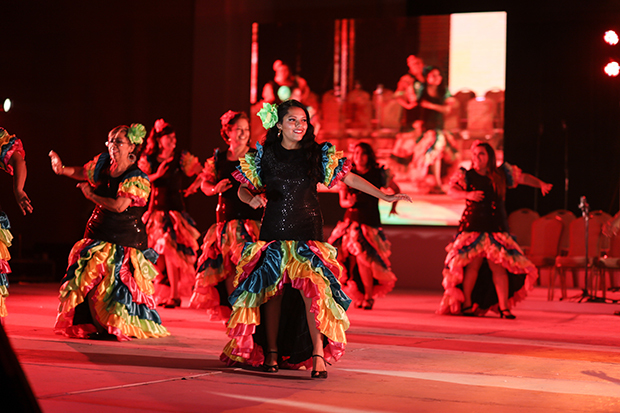 MR says: What a fun and historic event that our Church leaders could be a part of as they shared their love for the sisters in Mexico in Spanish!

In a first-of-its-kind event in Mexico, nearly 4,000 sisters of the 12 Monterrey LDS stakes came together November 15–16 for a women’s conference at the city’s Cintermex convention center. The theme of the conference was “Filling Our Homes with Light and Truth,” inspired by an April 2015 general conference talk by Sister Cheryl A. Esplin, first counselor in the Primary general presidency.

During the Sunday devotional, Sister Linda K. Burton, Relief Society general president, encouraged sisters to rely on the Savior as their source of light and truth. Recounting the story from Ether in which the brother of Jared was trying to resolve the difficulties of crossing the ocean, Sister Burton taught that although the Lord helped the brother of Jared find air and a way to direct the barge, He left it to the brother of Jared to find a source for light.

“The Lord wants us to be spiritually self-reliant,” she said. “He made the brother of Jared work and come up with a solution himself.”

Sister Burton challenged the sisters to commend themselves unto the Lord and exercise faith in a world filled with “mountain waves” (see Ether 6:4-6). “We need to do our part and then let the Lord lead,” she said, explaining that once the people of the brother of Jared had done their part, the Lord could then keep His promises and be the light they needed.