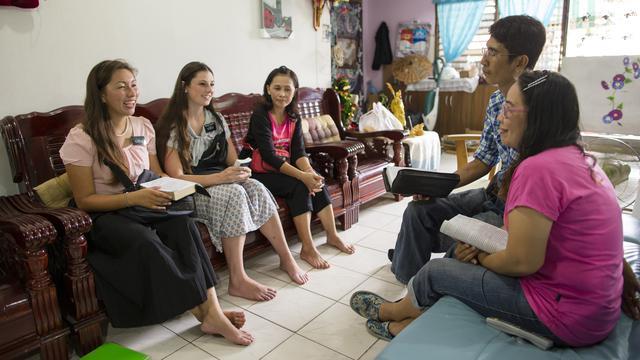 On January 25, 2017, the Church announced that significant changes will be made to daily missionary schedules, which used to require missionaries being up by 6:30 a.m. and home by 9 p.m. Now, missionaries—with counsel from their mission presidents—have more flexibility and will be able to customize their daily schedules to better fit their unique place and situation, such as cultural, safety, health, productivity, and other concerns.

In addition, missionary preparation days will be adjusted "to allow more flexibility and time for laundry and shopping, communicating with family and the mission president, exercising, and participating in recreational activities," according to Mormon Newsroom.

“I think one other thing that’s intriguing about this is that this is a worldwide Church and one size doesn’t fit all,” explained Elder David A. Bednar, according to Mormon Newsroom. “So to be able to make that adjustment in areas and missions I think is very significant.”

The Church also announced that it will be simplifying the "key indicators" missionaries report regarding their investigators—including "the number of people they find to teach, those who attend church, individuals being taught who have set a date for baptism, and those who are baptized and confirmed into the Church," according to Mormon Newsroom.

These changes were announced in a meeting broadcast to the Church's 71,000 missionaries in 422 missions across the world.

“The thing I love about this new schedule is that it allows the missionaries to exercise their agency to determine how to best use their time,” said Sister Bonnie L. Oscarson, Young Women general president and a member of the Missionary Executive Council. “It shows that the Lord trusts them to use their time wisely.”