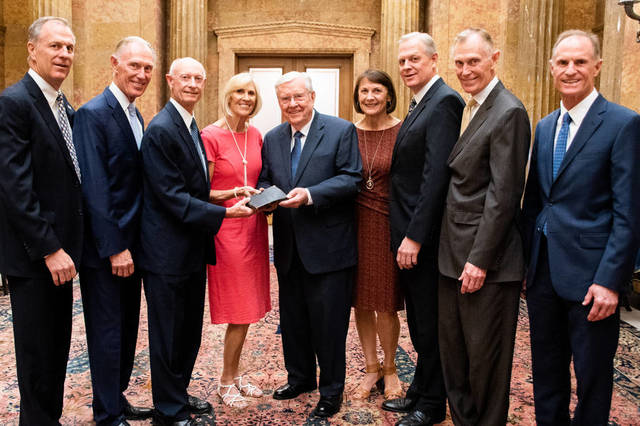 Church Receives the Bible President Joseph F. Smith Studied Before Receiving the Vision of the Redemption of the Dead

“The Vision of the Redemption of the Dead is a great addition to our scriptures and reveals more fully than any passages found in the scriptures that Jesus Christ loves all the daughters and sons of God and provided them the way to return home,” President M. Russell Ballard said.

Robert Jackson took his treasured family's Bible into the mission field as a young man. On his first night in the mission, he found markings his great-grandfather — President Joseph F. Smith — made in it.

The specific markings in 1 Peter 3 and 4 suggested that this Bible was the one President Smith was studying during the time he received the revelation known as the Vision of the Redemption of the Dead, now found in Doctrine and Covenants 138. 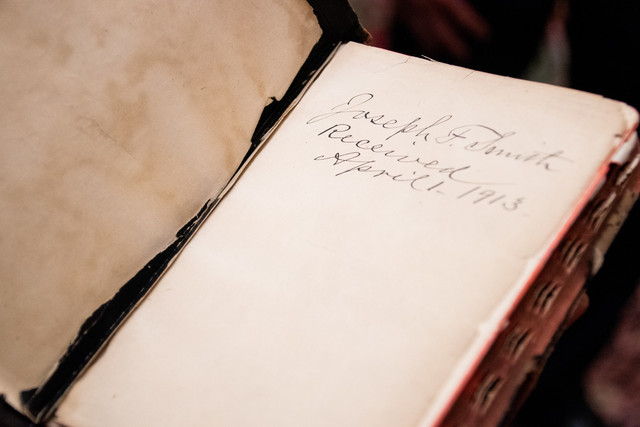 Jackson sent the Bible "right back to my mom."

Jackson and his siblings donated the Bible to the Church on the 100th anniversary of the revelation.