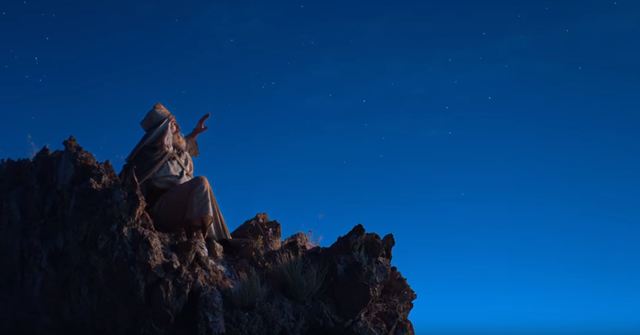 The long-awaited moment has arrived: The first in a series of epic Book of Mormon videos has been released by The Church of Jesus Christ of Latter-day Saints. But this is only the beginning. New videos will be released every Friday until the end of the year and later seasons will also be released.

The first episode includes the first two chapters of the Book of Mormon where God commands Lehi to leave Jerusalem with his family.

► You'll also like: 7 Fun Facts About the New Book of Mormon Videos

Now almost at the end of filming the third season, those involved with the Book of Mormon video project are excited to share their testimonies and hard work. “The purpose of the videos is the same as the Book of Mormon: to bring people to Christ,” says Elder LeGrand R. Curtis Jr. of the Seventy, who has been involved with the project from season one. He and those involved in the project also hope that these videos with uplift others and fill them with a "desire to go to the book and read more."

And these videos are designed to be shared. As Sister Reyna I. Aburto, second counselor in the Relief Society general presidency, notes, “Every time we watch them, every time we share them, we are helping in so many ways. We’re bringing this amazing gift that is the gospel and the knowledge that we have about Jesus Christ with other people. This is a means to do that, and I’m so excited because I know this is going to bring miracles.”

According to the Church's newsroom, the rest of the Book of Mormon videos will be released as follows: