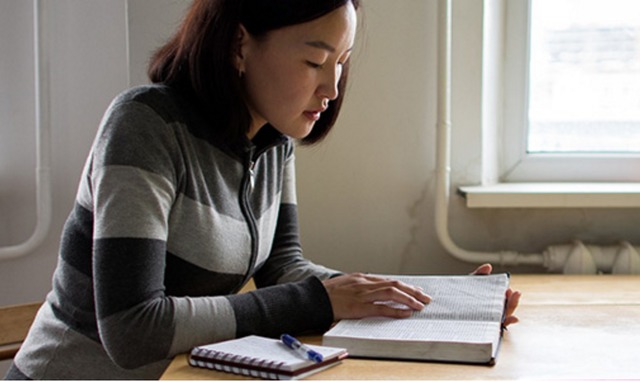 The Church recently released two new Gospel Topics Essays that address the reality of our Heavenly Mother as well as the role of women within the Church.

Beginning in November 2013, the Church began publishing in-depth essays on topics of special public interest and sensitivity--essays designed to clarify and provide transparency regarding aspects of the LDS faith. Since that time, Latter-day Saints and those from other beliefs have gained many insights from the Gospel Topics Essays, insights regarding topics like plural marriage in the Church, race and the priesthood, and multiple accounts of the First Vision.

The two latest essays, entitled "Joseph Smith’s Teachings about Priesthood, Temple, and Women" and "Mother in Heaven," address the questions of women's standing within the Church and the nature of our Heavenly Parents. These are both essays you should take time to look over and review in detail, but here are a few highlights from both of these incredible resources.

The doctrine of a Heavenly Mother is a cherished and distinctive belief among Latter-day Saints. . . .

Subsequent Church leaders have affirmed the existence of a Mother in Heaven. In 1909, the First Presidency taught that “all men and women are in the similitude of the universal Father and Mother, and are literally the sons and daughters of Deity.” . . .

Latter-day Saints direct their worship to Heavenly Father, in the name of Christ, and do not pray to Heavenly Mother. In this, they follow the pattern set by Jesus Christ, who taught His disciples to “always pray unto the Father in my name.” Latter-day Saints are taught to pray to Heavenly Father, but as President Gordon B. Hinckley said, “The fact that we do not pray to our Mother in Heaven in no way belittles or denigrates her.” . . .

Men and women cannot be exalted without each other. Just as we have a Father in Heaven, we have a Mother in Heaven. As Elder Dallin H. Oaks of the Quorum of the Twelve Apostles has said, “Our theology begins with heavenly parents. Our highest aspiration is to be like them.”

Early in his ministry, Joseph Smith received priesthood authority from heavenly messengers; with that authority, he organized the Church, conferred priesthood upon other men, and ordained them to offices in the priesthood. By this same authority, Joseph Smith organized the Relief Society as part of the structure of the Church, which formally defined and authorized a major aspect of women’s ministry. All this was done to prepare the Saints to participate in the ordinances of the temple, which were introduced soon after the founding of the Relief Society. . . .

The culminating ordinances of the priesthood were to be found in the temple and would help prepare men and women to enter into God’s presence. . . .

Wanting to provide charitable support to men working to build the temple, a group of Mormon women planned to form a benevolent society, mirroring a popular practice of the time. When they presented their plan to Joseph Smith, he felt inspired to move beyond such precedents. As Sarah Granger Kimball, a founding member of the Relief Society, later recalled, the Prophet told them he had “something better” for them and said he would organize the women “in the Order of the Priesthood after the pattern of the Church. The women named their new organization “Relief Society.” It was unlike other women’s societies of the day because it was established by a prophet who acted with priesthood authority to give women authority, sacred responsibilities, and official positions within the structure of the Church, not apart from it. . . .

Two aspects of Joseph Smith’s teachings to the women of the Relief Society may be unfamiliar to members of the Church today.

In reference to these healing blessings, Relief Society general president Eliza R. Snow explained in 1883, “Women can administer in the name of JESUS, but not by virtue of the Priesthood. . . .

Temple ordinances were priesthood ordinances, but they did not bestow ecclesiastical office on men or women. They fulfilled the Lord’s promise that his people—women and men—would be “endowed with power from on high.”That priesthood power was manifest in individuals’ lives in many ways and was available to adult members, regardless of marital status. The endowment opened channels of personal revelation to both women and men. . . .

These revelations and ordinances imparted new understanding of the interdependent relationship of women and men. As Bishop Newel K. Whitney expressed it shortly after receiving his endowment, “Without the female all things cannot be restor’d to the earth. It takes all to restore the Priesthood.” Mary Isabella Horne, a member of the Nauvoo Relief Society, later expressed joy in being “co-laborers with our brethren in building up the kingdom of God.” “In all the ordinances received in the House of the Lord,” she said, “woman stands beside the man, both for the living and the dead, showing that the man is not without the woman nor the woman without the man in the Lord. . . .

When a man and a woman are sealed in the temple, they enter together, by covenant, into an order of the priesthood. . . .

Today, Latter-day Saint women lead three organizations within the Church: the Relief Society, the Young Women, and the Primary. They preach and pray in congregations, fill numerous positions of leadership and service, participate in priesthood councils at the local and general levels, and serve formal proselytizing missions across the globe. In these and other ways, women exercise priesthood authority even though they are not ordained to priesthood office.