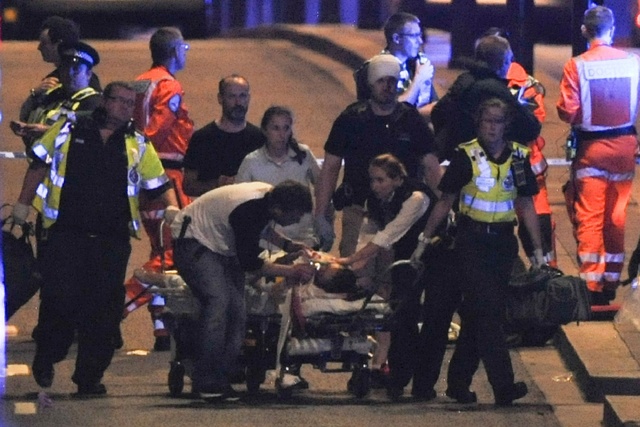 A van plowed over pedestrians on the London Bridge late Saturday night; then three attackers emerged, stabbing people along the bridge and Borough Market leaving seven dead and 48 injured.

"Our thoughts and prayers are with all those affected by Saturday evening’s harrowing attack at London Bridge. We hope and pray that through the love and mercy of God, all those suffering will be comforted and strengthened in their hours of greatest need.”

This new terrorist attack follows just two weeks after a bomber killed 22 people at the Manchester Arena during an Ariana Grande concert.

About such tragic events, President Gordon B. Hinckley said:

"The terrible forces of evil must be confronted and held accountable for their actions. This is not a matter of Christian against Muslim. . . . I ask particularly that our own people do not become a party in any way to the persecution of the innocent. Rather, let us be friendly and helpful, protective and supportive. It is the terrorist organizations that must be ferreted out and brought down.

"Occasions of this kind pull us up sharply to a realization that life is fragile, peace is fragile, civilization itself is fragile. . . . Through centuries of time, men and women, so very, very many, have lived and died. Some may die in the conflict that lies ahead. To us, and we bear solemn testimony of this, death will not be the end. There is life beyond this as surely as there is life here. . . . Are these perilous times? They are. But there is no need to fear. We can have peace in our hearts and peace in our homes. We can be an influence for good in this world, every one of us."

Read more of President Hinckley's comforting words about how we can best fight terrorism here.

Lead image from The New Daily