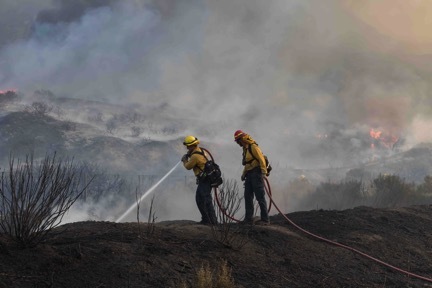 The Church released the following statement Friday evening regarding the wildfires raging in southern California. Firefighters are battling six major wildfires that are being fueled by continued Santa Ana winds.

The impact of the fires in southern California on local communities has been severe and devastating. Two Church buildings in the area are being used as a temporary community centers, and we are in touch with relief partners to understand where the Church can be most helpful. A few Church buildings have sustained minor smoke damage, but thus far none have been destroyed. Church members are safe and accounted for, but several have lost homes as a result of the fires. Local Church leaders are assessing needs in the community and making plans to assist in local shelters and feeding locations this weekend. Evaluations are ongoing as first responders work to control the fires.

We pray for the first responders working tirelessly to fight the fires and for all those affected by this disaster.