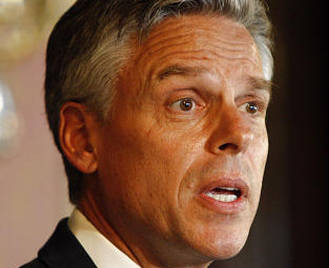 Just moments after Jon M. Huntsman Jr. resigned his post as U.S. Ambassador to China yesterday, the Public Affairs office of The Church of Jesus Christ of Latter-day Saints in Salt Lake City began receiving calls from prominent news organizations speculating about another possible presidential bid by a Mormon and asking for insights about both Ambassador Huntsman and former Massachusetts governor Mitt Romney.

Clearly, it’s time to restate what we said back in 2007 and 2008: The Church is strictly neutral in matters of party politics and will not comment at all on the personalities and platforms of candidates, whether or not they are members of the Church and irrespective of their party affiliation.

The political neutrality policy affirms that “the Church’s mission is to preach the gospel of Jesus Christ, not to elect politicians. The Church’s neutrality in matters of party politics applies in all of the many nations in which it is established.”