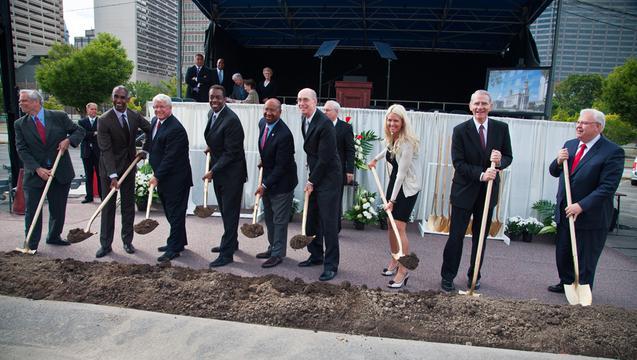 A new building will soon be added to the Philadelphia skyline. Leaders from The Church of Jesus Christ of Latter-day Saints (Mormon), with the help of local community leaders, broke ground for the Philadelphia Pennsylvania Temple on Saturday, 17 September 2011.

President Henry B. Eyring of the Church's First Presidency presided over the groundbreaking ceremony. At his side was Elder Jay E. Jensen of the Presidency of the Seventy, Elder William R. Walker, executive director of the Church’s Temple Department, and Elder Robert B. Smith of the Seventy. The Church leaders were joined by Mayor Michael Nutter and other local community and religious dignitaries.

"The work done in these sacred buildings becomes the crowning element of our religious worship," said President Henry B. Eyring. "For Latter-day Saints, no building is more sacred than a dedicated temple of God."