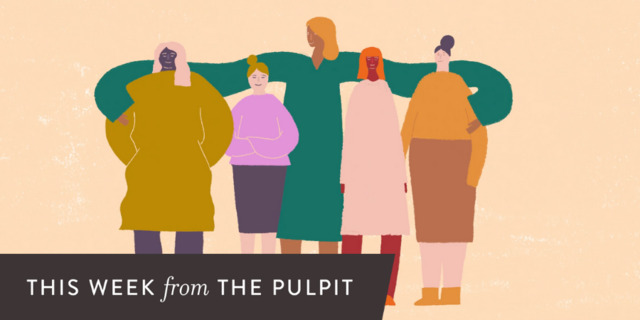 Editor’s note: “This week from the pulpit” highlights recent messages from General Authorities, General Officers, and leaders of the Church.

Like many of us, General Authorities and General Officers turned to social media to look back on another year gone past and to anticipate the fresh start that a New Year brings. Elder David A. Bednar invited readers to reflect on lessons learned in 2020 “even though the experiences that produced those lessons were not anything we may have thought we wanted.” He also posed the questions, “What is something you have learned this year that has strengthened your faith in Jesus Christ? How will you ‘press forward with a steadfastness in Christ’ using what you have learned to help and serve others?”

With 2020 coming to a close, many of us are eager to embark upon a new year, hopefully without so many unanticipated...Posted by David A. Bednar on Wednesday, December 30, 2020

Meanwhile, Elder Jeffrey R. Holland reminded us that “One life is all we have, and we live it as we believe in living it, and then it’s gone.”

During the New Year of 1412, in a small French village, a baby girl was born who would grow up to change her world....Posted by Jeffrey R. Holland on Friday, January 1, 2021

Elder Dieter F. Uchtdorf shared that “in many languages the month January is named after the Roman god Janus, who often was depicted with two faces—one looking back on the past, one looking forward to the future.” He emphasized though that we need not wait for a new year to have a new beginning. “With every new day, a new dawn comes—not only for the earth but also for you and me. And with every new day comes a new start—a chance to begin again and avoid the danger of procrastination,” he wrote.

In many languages the month January is named after the Roman god Janus, who often was depicted with two faces—one...Posted by Dieter F. Uchtdorf on Tuesday, January 5, 2021

Sister Sharon Eubank played off of the idea of setting New Year’s resolutions by encouraging kindness and forgiveness in 2021. “I’m committed to becoming ‘more fit for the kingdom’ in 2021 (“More Holiness Give Me,” Hymns, no. 131). All are needed. Join me!” she said.

The Primary General Presidency also released a new video sharing their testimony of the goodness of children worldwide as well as some of the things Primary children can look forward to this year.

Elder Ronald A. Rasband of the Quorum of the Twelve Apostles and Elder Evan A. Schmutz of the Seventy represented the Church during the Utah Inauguration Ceremony on Monday, January 4, 2021, as reported by Church News. In his benediction, Elder Rasband asked that Gov. Spencer Cox and Lieutenant Governor, Deidre M. Henderson, both members of the Church, be blessed with “kind hearts and firm resolve to face the many challenges before them.” He continued, “Grant them with an extra measure of compassion and understanding to lead them to especially care for the children and under-privileged of our state.” Representing the Church, Elder Schmutz spoke of the need for unity.

“If we and our political representatives would make more time for breaking bread together, listening to and learning from each other, we would perhaps discover that fair and genuinely held opinions on matters of theory and policy can be debated by and between friends, resulting similarly in the fruits of trust and beneficial compromise,” he said.

Elder Ronald A. Rasband blessed Gov. Spencer Cox with "wisdom, integrity and courage" during the benediction of the Utah Inauguration Ceremony.Posted by Church News on Monday, January 4, 2021

My friends, I recognize you face many challenges, and I know many of these challenges have been amplified during the...Posted by Gerrit W. Gong on Wednesday, December 30, 2020

“But how do you know?” This was the sincere question my five-year-old grandson asked his father during home church last...Posted by Michelle D. Craig on Thursday, December 31, 2020