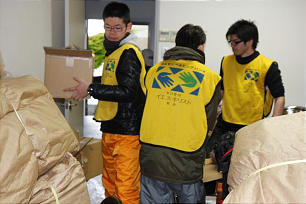 In the days after a record 9.0-magnitude earthquake and tsunami devastated northern Japan on March 11, many Church members struggled to find food, clothing and gasoline, or had other difficulties, said Elder Satoshi Nishihara, an Area Seventy and LDS Family Services agency director in Japan, in a telephone interview with the Church News.

"But the members of the Church throughout Japan wanted to come together and help all these people and they provided goods and supplies," he said.

Most touching, said Elder Nishihara, were the Latter-day Saints living within the disaster zone who "sent supplies to help people in the harder-hit areas."

The earthquake struck Japan near the city of Sendai and generated a powerful tsunami, which caused widespread destruction to coastal areas and communities.