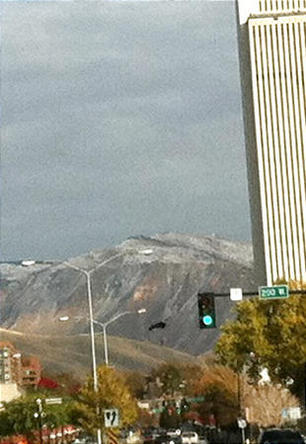 Police have filed citations against two men suspected of BASE jumping off of the LDS Church office building in November.

Scott Fisher, acting prosecutor for Salt Lake City, said Hartman Rector, 28, and Marshall Miller, 32, are each charged with one count of criminal trespass and once count of disturbing the peace. Both counts are infractions carrying a base fine of $750 with surcharges that could boost the penalty to a $1,200 maximum fine for each count.

Fisher said arraignments have been set for both men. Rector's is scheduled for Jan. 31 and Miller is to be arraigned on Feb. 2.

Prosecutors have been reviewing the cases and are expected to file information on each case early next week, Fisher said. He didn't say if prosecutors will be adding or dropping charges based on their review.