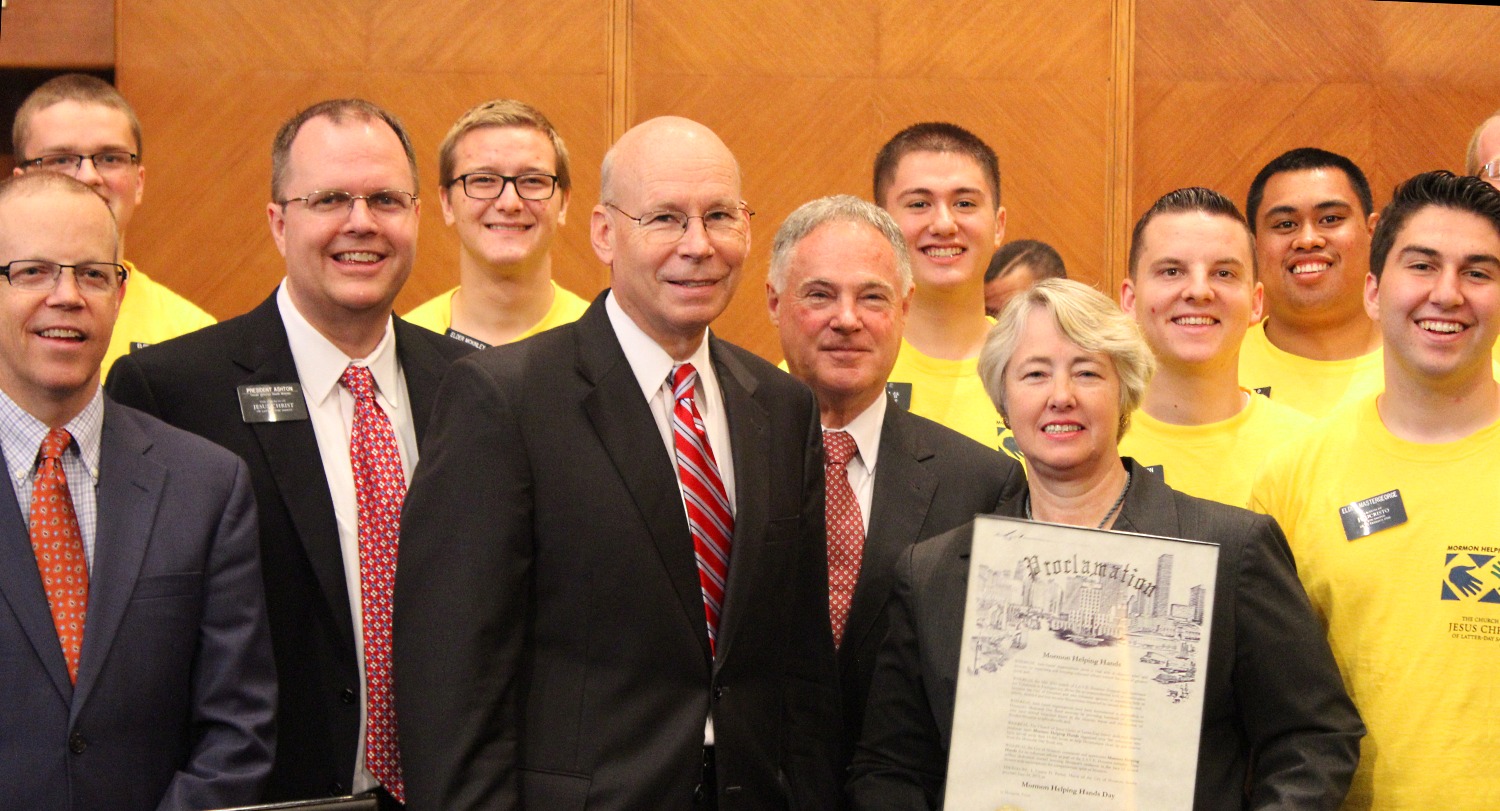 At Houston City Council Meeting on June 24, 2015, the Church of Jesus Christ of Latter-day Saints was recognized as the leading contributor of volunteers and time to the cleanup following the Memorial Day flooding.

City of Houston mayor, Annise Parker, said, “The response from the Latter-day Saints was so overwhelming and so immediate that it really set the standard.”

The Proclamation declared June 24, 2015 as Mormon Helping Hands Day.  It read in part, “The Church of Jesus Christ of Latter-day Saints’ dedicated disaster response team Mormon Helping Hands organized over 560 volunteers who have served more than 14,000 hours to help Houstonians clean up and recover from the Memorial Day flood.

Read the rest of this story at mormonobserver.com