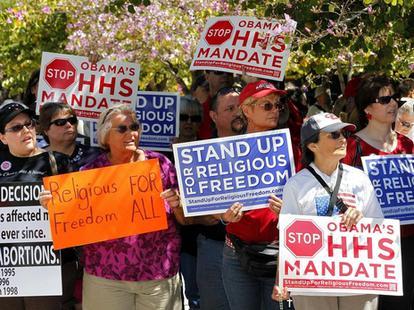 On June 1, the film "For Greater Glory," starring Andy Garcia, made its debut in U.S. theaters. The movie tells the story of the Cristero War in Mexico in the late 1920s. The popular rebellion rose up against the Mexican government's efforts to throttle religious freedom in order to curb the exercise of religious faith and secularize Mexican society. In the savage clash that followed, Catholic priests and nuns were executed, some even tortured and hanged from telephone poles.

Religious freedom remains at risk today. In Iran, Christian Pastor Youcef Nadarkhani languishes in prison, sentenced to death for allegedly converting from Islam to Christianity. In China, the Shouwang church — a thousand-member unregistered "house church" that refuses Communist government oversight of its affairs — has met outdoors since Easter 2011 when officials seized its meeting space and placed the pastor under house arrest.