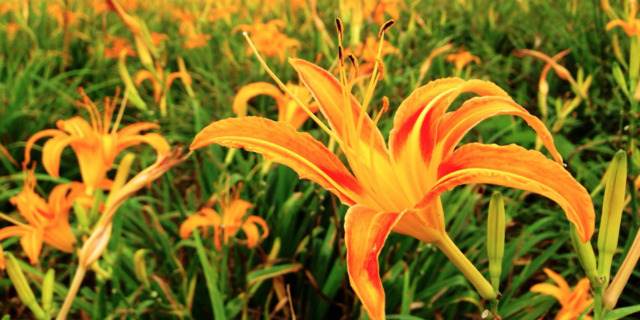 On this week’s episode of This is the Gospel, four guests share how God has helped to take care of their temporal needs. Among these guests is Roger Hoffman, composer of the popular hymn “Consider the Lilies.” One day, as Hoffman played a piano in a Church meetinghouse, inspiration from heaven flowed into his mind as the song came to him. But his thoughts quickly went from “Oh my. That’s better than what I write,” to “I am not adequate.”

Read an adapted excerpt from the story below where This Is the Gospel story producer Erika Free interviews Hoffman. You can also listen to the full episode here or read a transcript here.

Erika Free: So I guess the first question I want to ask you is: how did you get into songwriting? And was it easy for you?

Roger Hoffman: I guess it was about 1982. I left my job so that we could do this full time because leaning on the scripture that says, “Seek ye,” and I think the [Joseph Smith Translation] says, “Seek ye to build up the kingdom of God,” you know, “first,” as it were, “and the all these things,” meaning the temporal things, “will be added unto you.” So we did that. And it was kind of miraculous because when we needed the money, it was there.

I had a friend of mine who I knew at BYU and he came up to me one day. I hadn’t seen him for years and he said, “Could you use a car?” And it was just on the day that ours had died. So we said, “Yes!” thankfully, and we drove it for a couple of years. It literally was a godsend to us. A lot of things happened like that.

Erika Free: So Roger, is that how you got the idea for the song “Consider the Lilies”? What was it like for you to write that song?

Roger Hoffman: Our bishop had let me borrow a key because we couldn’t afford a piano. I went over there and did my working. And one day, I was just sitting at the piano in the chapel and playing along with little things. And then this melodic device came into my mind, “Dada, dada, dada, dadum, dadum, dadum.” And I thought, “Oh my. That’s better than what I write.”

But then words started to flow into my mind. And just about as quickly as I could write it . . . I think I wrote it on the back of an envelope, which is where a lot of things are written, “Consider the lilies of the field, how they grow, how they grow.” And I said, “That’s, that is the image. That is what we want to tell our friends,” because you know what comes after, “He clothes the lilies of the field, He feeds the birds in the sky, and He will feed those who trust Him and guide them with His eye.” Oh boy, that was perfect. That’s what we wanted to say.

And so more words came, “Consider the sheep of His fold, how they follow where He leads, though the past may wind across the mountains.” And mountains are symbolic of difficulty for me. “He knows the meadows where they feed,” He’s not going to leave you hanging on the mountains, you know. And “He clothes the lilies of the field, He feeds the birds in the sky, and He will feed those who trust Him and guide them with His eye,” cementing that wonderful image. And really, that was all I had come to say. And so I thought, “Wow, that’s great, I’m done.” And so I got up.

But there was almost a kind of a discernible little tug on me that says, “Sit back down, you’re not done.” All of this, of course, not happening in words, just impressions in my mind. And so I did. And this line came to me, which blew me away. “Consider the sweet, tender children who must suffer on this earth.” And I thought, “Lord, you can’t expect me to answer that huge problem in the next couple of lines.” And I got up again, and I’m done. We could change the key of the chorus and have a nice song.

But then the thought came to my mind, “You’re not writing this anyway.” “Oh.” So I sat down, and I just listened. “Consider the sweet, tender children who must suffer on this earth. The pains of all of them He carried since the day of His birth. He clothes the lilies of the field.” And here it changed. “He feeds the lambs in His fold—children—and He will heal those who trust Him and make their hearts as gold.” Oh my. When that entire passage of thinking came to me, I was just overwhelmed. It was so beautiful. It was so right—so loving of the Lord. So I was kind of a gone man for the rest of the day.

Erika Free: Wow, I’ve always had a special place in my heart for this song, and hearing about how it was written makes it that much more special. Thank you for sharing.

So real quick, though, back to that moment when you have the line come in about the children and you said, “I can’t do this.” And you stood up. What did that feel like? What else was going through your mind?

Roger Hoffman: One of the things was, ‘I am not adequate.’ [I wondered] if anybody else in the world has ever thought that, you know? Here is this big, giant thing that You’ve dropped in my lap and I am not adequate to do this.

Of course, the Lord knew that. He said, “I know, I know, but I am. So hold on, stay there, and I’ll give you the rest of it,” And so anyway, that’s what was kind of going through my mind and in my heart at the time.

Erika Free: What did you learn about our Heavenly Father or our Savior throughout this experience of writing this song?

Roger Hoffman: A thing that I have learned from the experience of “Consider the Lilies,” and really our whole lives, is man’s dependence on God and God’s fruitful, generous answer to man’s need.

Moses said after he’d seen all the planets and the whole great plan of God: “Now . . . I know that man is nothing, which thing I never had supposed” (Moses 1:10). And I almost think the sooner we realize how little we are, and I don’t mean little, I mean like as in a child, little, tiny, developmental person. Then the Lord is so willing to just pour into us what we need to grow. We’ve seen evidence of that. I guess it’s been how long? Thirty-seven years we’ve been doing this. So that’s probably the biggest thing I think I’ve taken from it.